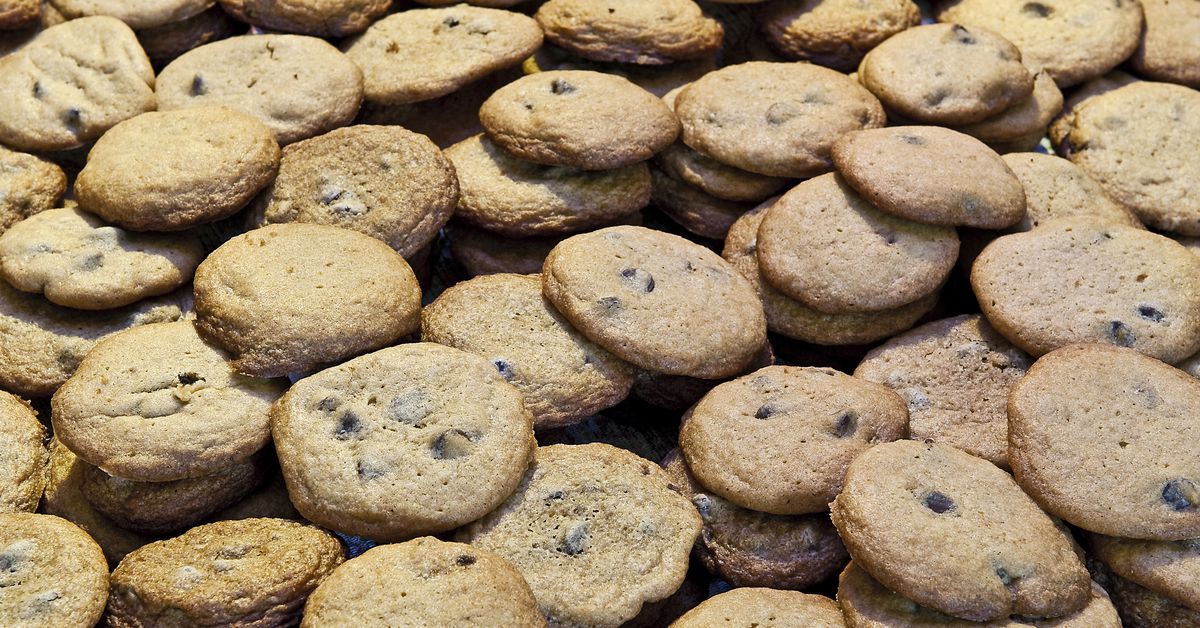 Well, today has been a day. I wanted to publish this article on Monday morning and had the best intentions, but instead I had the most Monday of Mondays, so it’s almost 6pm and I’ve just started it.

You know who else had a day on Saturday? Tottenham Hotspur. How else would you describe a 1-0 home defeat to Brighton & Hove Albion, a game in which Spurs managed just five shots, none on target? Spurs looked as slow as I did after dinner on Easter Sunday.

There isn’t really a good theme I could find where all the categories were just too bad, so I’ll use one of my reliable tactics instead when trying to distract from a bad result: the deviation. And what better way to divert than with something everyone loves? Like homemade cookies.

I could try to be hipster and pick something non-chocolate chip for this category, but that would be a lie. Yes, they’re ubiquitous and the first thing most kids learn to bake when they’re young, but there’s also a good reason chocolate chip cookies are that way: they’re absolutely delicious. So, with that out of the way, we can discuss all the cookies below who are now vying for position.

No Tottenham Hotspur player was as good as chocolate chip cookies.

I’ll just say it: oatmeal raisin cookies are chocolate chip cookies for adults. It’s definitely a taste more suited to mature palates. The oats add an appetizing quality (and a bit of fiber, important to us Olds), and textural contrast. Raisins are good and those who disagree are wrong and raisinists. And the hint of cinnamon and/or nutmeg adds excitement to the more subdued brown sugar sweetness of the batter. I’m sure people don’t fully appreciate an oatmeal raisin cookie until they’re thirty. It’s okay with me. Damn kids don’t know what they’re missing. Come back when you’re an adult.

No Tottenham Hotspur player was as good either.

Peanut butter is good. Ipso facto the peanut butter cookies are also good. I’m not sure how the creaminess of the peanut butter makes for one of the most flaky, crumbly cookies in the canon, but I’m here for it. Also, you can put these fork marks on top, which is kind of a fun identification feature of these cookies (though I don’t really understand why they have to be there, but whatever). Or better yet, smash a Hershey’s kiss on one and make a peanut butter flower that’s basically a peanut butter chocolate chip cookie and wow maybe that should have been 4.5 stars.

Hugo Lloris (Community — 3.0): He really hasn’t been tested much and I can’t really blame him for the Trossard goal. A few nervous moments passing at the back as Brighton pressed selectively. To say that one of Spurs’ best performers was someone who didn’t have much to do.

Ok look, gingerbread cookies are a Christmas holiday staple and there’s something to be said for a crispy gingerbread cookie. Everyone loves looking at a plate full of gingerbread figurines. However, I would say that far fewer people actually enjoy eating GINGERBREAD. He’s the biscuit equivalent of Tottenham Hotspur manager Ryan Mason – nice in theory (especially after being force-fed burnt biscuits for 18 months), but not so great in execution.

Cutieriben Romiervies (Community – all 2.5): OK, the coat rack sucks and… the back line too, a little? Davies, Romero and Dier all had decent defensive spells, big blocks and good challenges in the box, and all three had moments where they looked pretty shaky. None of them were able to play through Brighton’s center block, nor were they effective at passing the ball for long. I guess, gun to my head, I’d elevate Romero above the other two, but no one played particularly well. That said, they were all above average in this shitty team performance.

Do sugar cookies really have a taste? I argue – not really. Sugar cookies are cookies that require frosting or other flavor enhancements to make them more than pretty. There are so many better cookies out there. Choose one of them.

Son Heung-Min (Community — 2.0): Disappointing, but one of Spurs’ few sources of offense in this game. Hard to blame him too much because no one was getting the ball to him and had a decent effort deflected early in the second half. Still, not one for memory books.

Rodrigo Bentancur (Community — 2.5): Possibly his worst performance in a Spurs shirt, unfortunately. Struggled with Brighton’s well organized press. I picked up a cheap yolk and just watched his feed.

Pierre-Emile Hojbjerg (Community — 2.5): Like Bentancur, seemed visibly frustrated with Brighton’s game plan but did little to tone it down or break it down during the game. Nearly created a chance with a pass to Reggie, but was completely eclipsed by Yves Bissouma.

Harry Kane (Community—2.0): It looked like he was still recovering from 36 holes in Augusta. He wasn’t allowed to go deep into space and in the few times he tried, the midfielder couldn’t get the ball to him. Precious few chances and didn’t really take the ones he had.

These cookies were a major plot point during the show’s first season, but according to Hannah Waddingham, they were actually pretty rubbish. The figures.

Sergio Reguilon (Community — 2.0): I don’t know what’s going on with Reggie, but it’s becoming increasingly clear that he’s just not good at what Conte is asking him to do. With the midfield clogged, he should have had plenty of space on the flanks and instead he jumped in without doing much defending or attacking. Really poor.

Emerson Royal (Community — 2.0): See above. I’ve defended Emerson a lot lately, but it’s also important to be honest when players have been bad. Saturday he was just bad and for him we should probably sell him this summer to a club where he can be a very good defensive back.

Dejan Kulusevski (Community — 2.0): I’m not sure he touched the ball in the first half and should have been sent off for elbowing Cucurella. Rightly hooked.

Harry Winks (Community – 1.5): Within the first two minutes of coming on, he was caught out of position, dribbled past and misplayed a pass directly to an opponent. I know the bench is short, but it’s crazy that this guy was called upon to make the difference against a stuffy midfield.

Antonio Conte (Community — 2.0): I know he feels like his hands are tied with this particular group of players, but he got his tactics wrong from the start and refused to change Spurs’ form with his substitutions despite knowing that things weren’t working. This loss was as much for him as it was for the players.

Who makes them? Who likes that? They are usually full of ingredients that should be good like oats, peanut butter, coconut, chocolate, etc., but left raw and crushed into a cookie shape. I would literally rather not have cookies than any of these things.

No Tottenham Hotspur player was as bad as no-bake cookies.