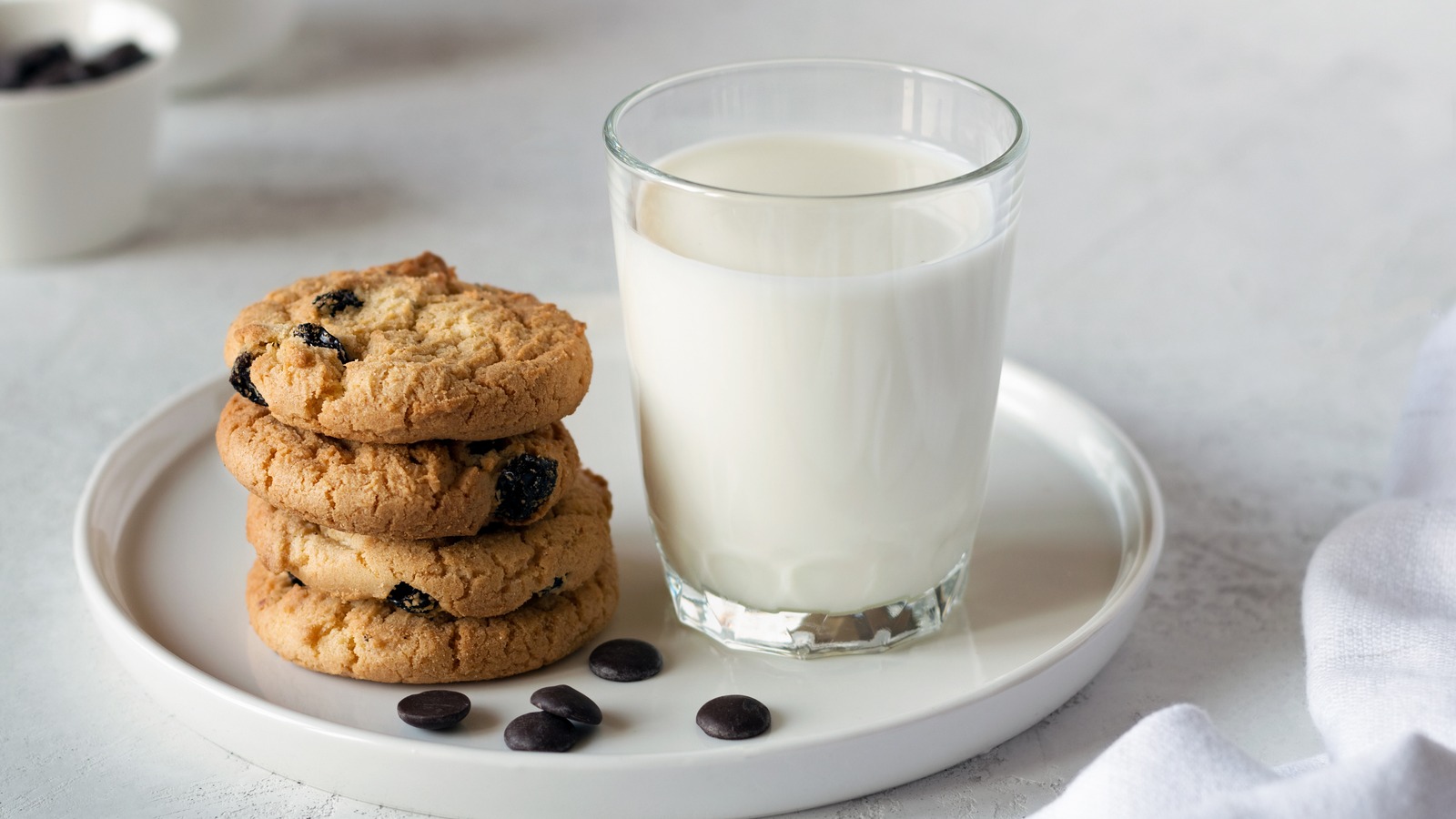 The reason why milk and cookies taste good together

Matthew Harting, a chemistry professor at American University, explains that chocolate chip cookies and milk go well together because they both have what are called emulsifiers (via Quartz). Emulsifiers are compounds that can force a liquid to converge with another liquid that it might normally repel, such as oil and water (a process known as emulsification). This happens between milk and chocolate in cookies, both of which contain emulsifiers. And where is it? You guessed it: on your tongue!

The milk helps you digest the sweetness of the cookie and makes the chocolate taste sweeter. In other words, the emulsification process allows for a perfect combo greater than the sum of its parts. Additionally, milk fat acts as a palate cleanser and enhances flavor, especially if the milk is hot, according to Bon Appétit.

Milk also contains an amino acid called tryptophan that helps reduce stress and even improve sleep (according to Healthline). Of course, as appetizing as an evening snack it may seem, be careful not to eat too much sugar every day before you go to sleep; this habit could have serious health consequences. But to treat yourself from time to time, it’s the perfect combination!

Cookies and milk offer a whole world of tastes, aromas and delights that can practically only happen in your mouth. Thank you, science!

I made the flourless brownies to a bowl of Ghirardelli