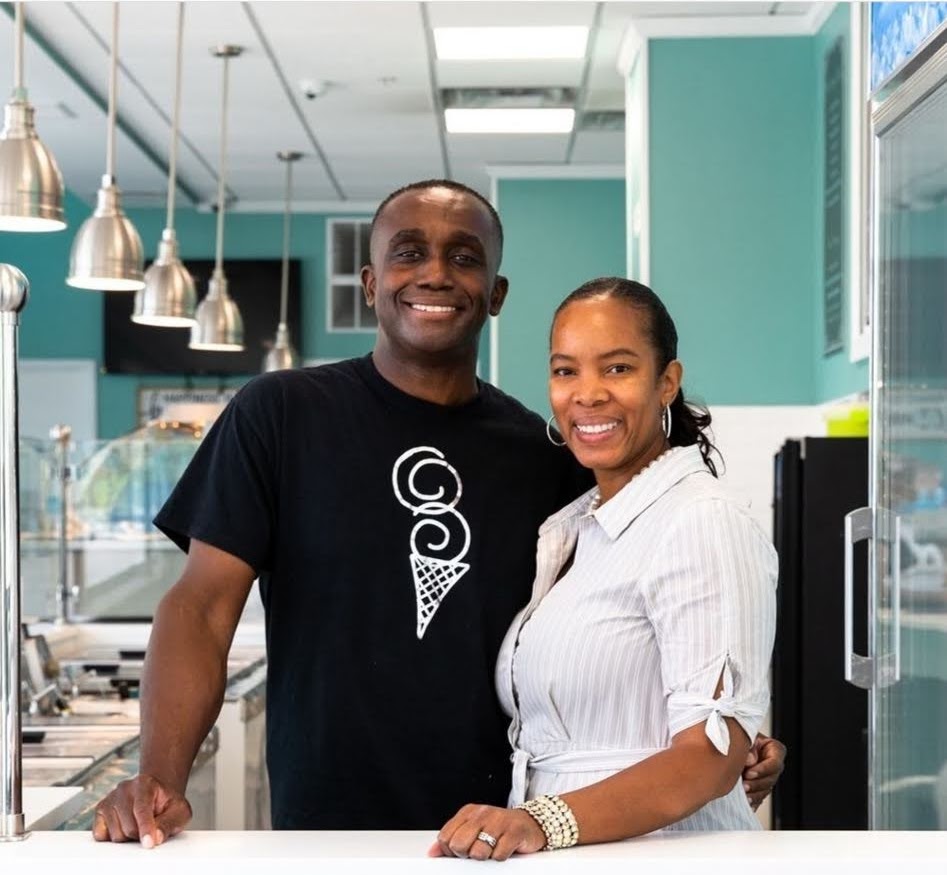 The owner of Shawn Michelle’s homemade ice cream, Yayha Muhammad, said his team was weeks away from opening a store in the southern suburb of Olympia Fields at 3252 Vollmer Road. They also plan to open patio seating at their Grand Boulevard location, 46 East 47th St.

The suburban location would be the family store’s third outpost. A location in Time Out Market, 916 W. Fulton St., opened in 2021. The new location will offer drive-thru and two new menu items — banana custard and funnel cakes.

“We are excited to expand,” Muhammad said. “It was time to take the show on the road. As for the patio, we’re just waiting for the city to finalize the permit. Once that happens, we’ll be good to go.

Shawn Michelle’s homemade ice cream was one of the first businesses to move into the historic Rosenwald building on Grand Boulevard in 2019, moving from Lakeview to join local coffeehouse chain Sip & Savor as the development’s inaugural tenants. The move paid off, with loyal customers coming from all over town for their signature flavors, including Honey Cinnamon Graham Cracker and Lemon Sunbeam.

Bringing his ice cream to the Grand Boulevard was intentional for Muhammad, who still remembers family trips to Baldwin ice cream — the historic chain of black-owned salons that once populated South Side neighborhoods like Chatham and Washington Park.

“That’s why I’m doing this, because of this experience. Culinary arts is a culture in our community, and we lean on those who brought so much fun and joy to our experiences growing up in Chicago,” Muhammad said.

Live music is also back this season. Guests can enjoy a little jazz with their double scoops of Caribbean Sunset on Sundays throughout the summer at the Grand Boulevard and Olympia Fields locations.

Subscribe to Block Club Chicago, an independent, 501(c)(3) newsroom run by journalists. Every penny we earn funds neighborhoods across Chicago.

Click on here to support Block Club with a tax deductible donation.

Thank you for subscribing to Block Club Chicago, an independent, 501(c)(3), newsroom run by reporters. Every penny we make funds Chicago neighborhoods. Click on here to support Block Club with a tax deductible donation.

Slices of cake incite nostalgia at Simply Desserts in Fremont