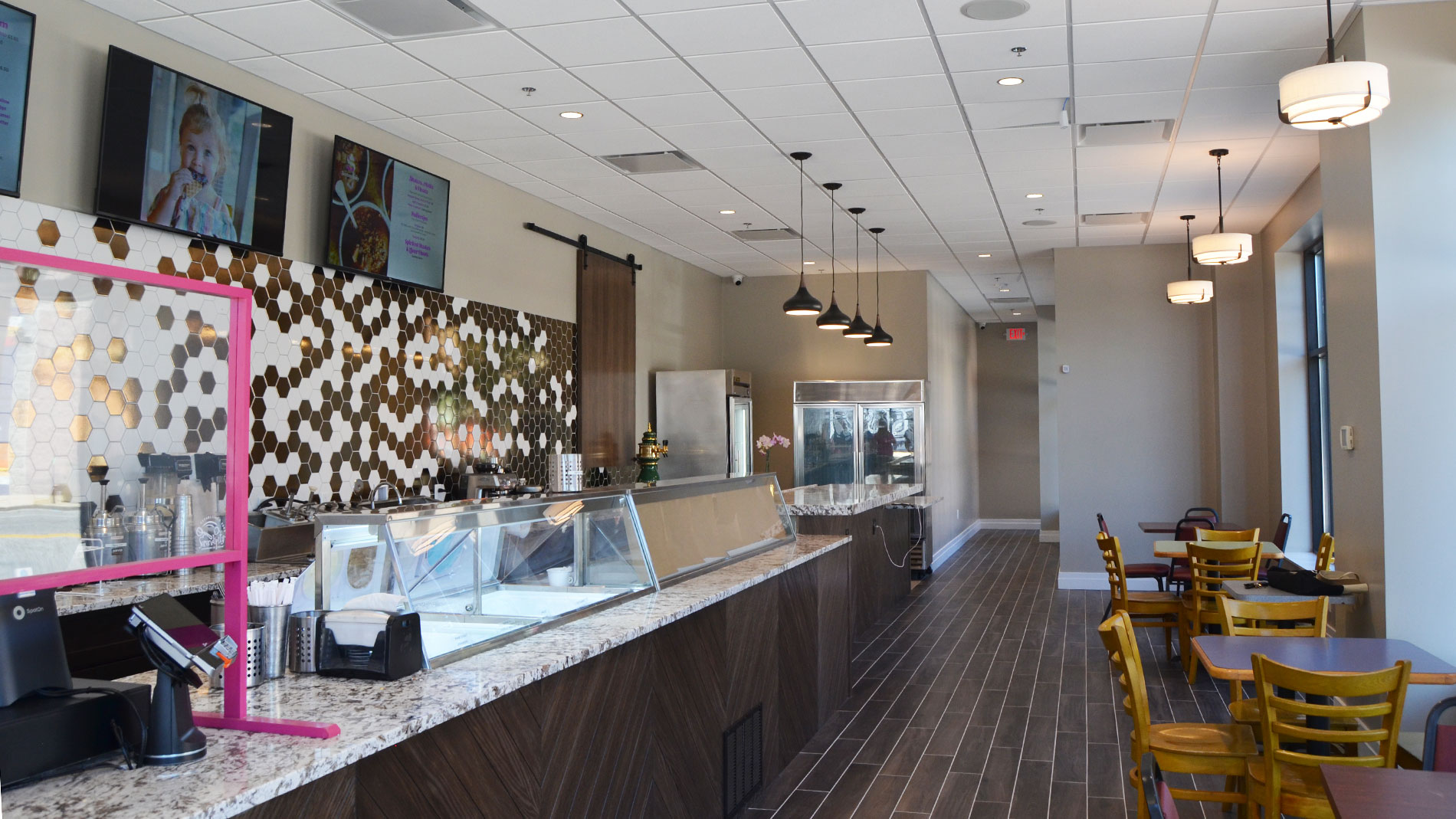 Serendipity Homemade Ice Cream is now open at 4400 Manchester Ave. in the Grove, seven months after the closure of its original location in Webster Groves. The longtime local ice cream purveyor has been in soft opening since July 6 and is set to hold its grand opening on Sunday July 17.

Owned by Beckie Jacobs, Serendipity has been an integral part of the local ice cream scene for almost two decades now. The company had operated from its store at 8130 Big Bend Blvd. at Webster Groves since 2003, but Jacobs was forced to close this original location in December 2021 when the store owner refused to renew the lease on the space.

At 2,400 square feet, the new store is significantly larger than the Webster Groves location, both in terms of kitchen space and frontage. Jacobs said this will facilitate Serendipity’s growth on two fronts. For one, walk-in customers will now have more flavor choices, and there’s also more room to grab a table and hang out with friends. This is a bright and airy space that guests will want to spend time in, located in a corner building with large windows and lots of sunlight. A mural has yet to be painted on a wall, which Jacobs says will create opportunities for customers to snap some Instagram-worthy moments once it’s complete. On the other hand, the larger kitchen capacity will allow Serendipity to continue to develop its wholesale business.

In terms of ice cream, you’ll find the same Serendipity flavors that St. Louis has taken to heart for the past 19 years. Fans can expect to find favorites like Gold Coast Chocolate (a favorite at Sauce HQ), Cookie Monster and Butter Pecan. If you like simplicity, Serendipity Vanilla is a straight up classic.

Scoop ice creams can be served in cones or cups, but Jacobs tries to avoid single-use cups and spoons. “We try to limit our paper and plastic,” she said. Instead, restaurant patrons will see their ice cream served in glass bowls, their shakes in glass cups. “It’s about keeping it as durable as possible,” Jacobs said.

Customers can accessorize their ice cream with a variety of toppings and syrups or build a sundae with a double scoop of ice cream, choice of topping, whipped cream and a cherry on top. In addition to scoop ice cream, you can also order an ice cream sandwich, warmed on a heat press for 10 seconds before serving, or have a shake, malt or float.

For now, the biggest new additions are poffertjes, a Dutch treat consisting of fluffy mini pancakes topped with powdered sugar, chocolate syrup and served with whipped cream on the side. Jacobs said these were briefly available on Webster’s site, but she’s thrilled to be able to bring them to the forefront.

There’s already plenty for customers to explore in the new Serendipity, but it will be several months before Jacobs can fully realize his vision for the Grove location. Liquor licensing and supply chain issues are currently delaying these developments, which will eventually see coffee drinks, spirits and beer added to the menu.

The liquor license will allow Jacobs to bring Serendipity’s Spirited Shakes to the grove, and she’s very particular about distinguishing them from what others might call alcoholic shakes. “An alcoholic shake is a shake with alcohol in it,” Jacobs said. “A Spirited Shake is a truly artisanal cocktail.” Once the beverage selection is complete, patrons will notice the change in mood throughout the day, as coffee service earlier in the day gives way to liquor service when the liquor cabinet is open on evening.

The scoop ice cream selection will increase from 12 to 28 when a new freezer arrives to replace equipment broken in transit. When that happens, you’ll see more vegan ice cream available by the scoop.

Jacobs acknowledged she was still in a kind of limbo, comparing the current situation to how Busch Stadium was rebuilt in installments until 2005 and 2006. “They could only build part of it, and then they had to tear down the old one and finish building this. That’s kind of where we are,” she laughed.

However, with copious amounts of Serendipity ice cream ready to go, by the scoop or by the pint, Jacobs is certain that after already missing six months of activity, the one thing she couldn’t afford to do is to lose the summer ice season. “The real problem is that I just need to open up,” she said. “Even if I’m 40% open, I have to open up.”

The grand opening of Serendipity this Sunday will feature live music from 6-9 p.m., with surprise specials to be announced throughout the day, and a balloon animal artist to entertain the kids. The first 100 guests to purchase a pint of ice cream will receive a collectible ice cream scoop featuring Serendipity’s new logo, designed by StudioX. Fittingly, the occasion doesn’t just fall on National Ice Cream Day – the day also marks the 19th anniversary of Serendipity’s launch in 2003.

Serendipity is open from 2 p.m. to 9 p.m. Tuesday to Sunday.