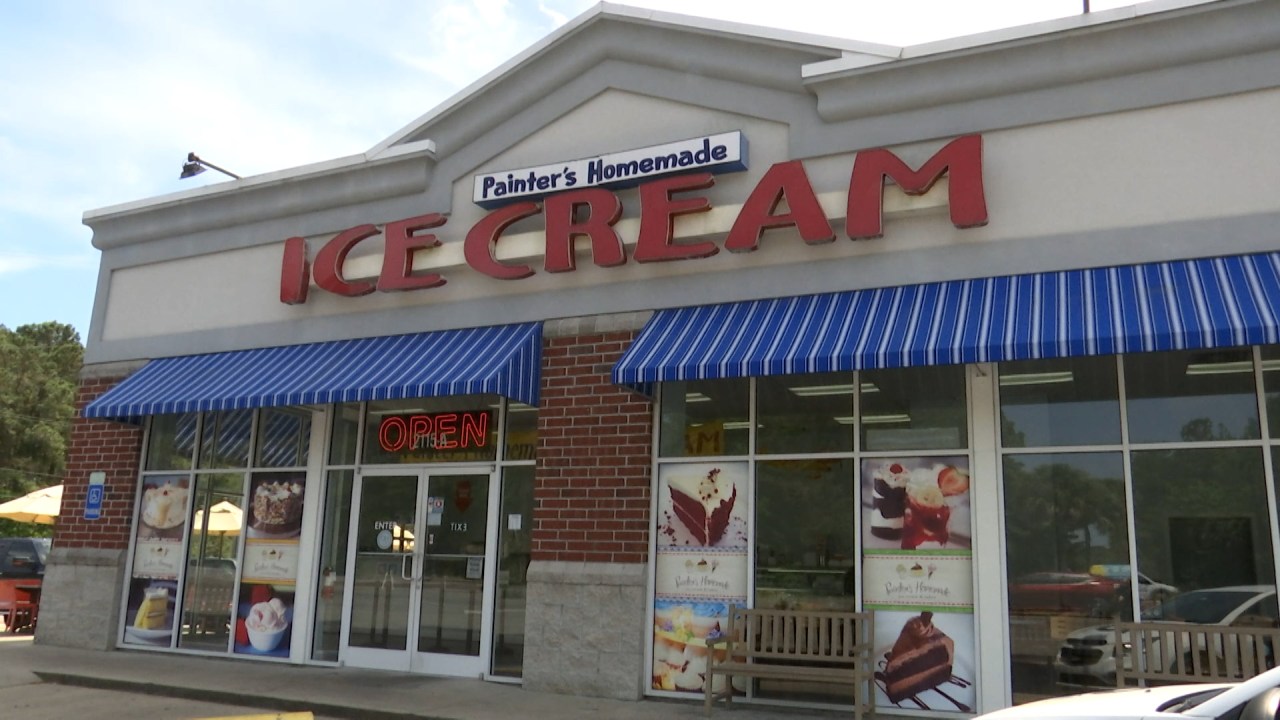 HORRY COUNTY, SC (WBTW) – The owners of Painter’s Homemade Ice Cream are suing their Garden City franchisee for alleged breaches of the franchise agreement – including wanting to sell unapproved products, removing information about the second location from social media, sowing confusion among customers and are considering starting a competing business, according to court documents.

Haley King, who is the franchisee of the location on Waccamaw Drive in Garden City, is being sued by Ann and Steve Fairchild, who own the brand and operate the location on Highway 17 in Murrells Inlet. The Fairchilds accuse King of breaching a franchise agreement signed in 2019.

The lawsuit was filed on March 10. Since then, the Painter’s Garden City location has been demolished to make way for parking. News13 has reached out to the Fairchild attorney to find out what this means for the progress of the lawsuit and is awaiting a response.

In a March 25 Facebook post, the Garden City site said it was exploring relocation options. The post was edited on March 26 to clarify that the owners of this location are separate from those of the Highway 17 location.

King was a longtime Painter’s employee and worked at both locations, according to court documents. The Fairchilds operated the two sites for approximately 20 years.

While King was an employee, she was asked to create a website for the company and manage social media accounts, documents show. These were used to obtain information about the two locations.

While employed by the Fairchilds, King approached them and asked to become a franchisee of the Garden City location. In 2019, the two parties agreed to a franchise agreement, according to the documents. As part of the deal, King agreed that the Fairchilds would retain ownership of the brand and have full control over the product, design and general operations of the Garden City site.

In February 2019, the Fairchilds and King agreed to a contract and King paid $260,000 for the rights to the brand’s assets at the Garden City site, documents show.

The Fairchilds also accuse King of not allowing them into the building, which is another condition of the franchise agreement.

During the offseason after the summer of 2021, King is accused of acting “in a manner that indicated [King] intended not to comply with the terms of the franchise agreement in the future,” according to the lawsuit.

King is accused of telling the Fairchilds that she intended to make her own ice cream to sell on site and that she would prepare and store the ice cream at Stella’s Homemade Ice Cream – a competing business that the Fairchilds said the King intended to open. According to documents, this location should open along Highway 17 in Murrells Inlet, not far from Painter’s.

King also reportedly removed all references to the Highway 17 location from the brand’s website and social media accounts to “make it appear that Painter’s Garden City Pier is now the only existing location for Painter’s Homemade Ice Cream”, according to documents.

The Fairchilds accuse King of posting misleading messages on the brand’s social media accounts, which caused confusion among customers about whether the business was open or not. King has since refused to pass login and password information to the Fairchilds, documents show.

The Fairchilds say they had to create new social media accounts “to try to mitigate the situation”, but said that as soon as they post something, King will post something contradictory on the other page, according to the trial.

📲 Download the free News13 app to stay up to date on the go.
📧 Subscribe to the latest news alerts in your inbox.
💻 See the top stories on wbtw.com for the Myrtle Beach, Grand Strand and Pee Dee areas.

On February 21, Painter’s posted on its new Facebook page that it was open for the 2022 season. Two days later, King reportedly posted on the original Facebook page that Painter’s Homemade Ice Cream was still closed for the season, but later clarified in a response to a comment that the Garden City location was closed, according to documents.

One person commented, “Highway 17 is open, right? So confusing…” on the post, according to documents.

On March 1, the Fairchilds posted on their new Facebook page that the Painter’s Highway 17 location was open for business, and two minutes later King posted on the original account that it would not open until April. 2022, according to documents.

The Fairchilds claim King is causing confusion and damaging the brand’s reputation, offering several emails they received as evidence.

In an email, a customer pointed out that information about the location of Highway 17 had been removed from the website. The email said the website stated that the company no longer offered cakes.

“We are now reasonably certain that these posts are not valid,” the email read. “We have made these purchases from you and your wife for the past five (5) years we have lived in Murrells Inlet.”

The story continues below

According to the lawsuit, King used photos of Painter’s products on his own website for Stella’s Homemade Ice Cream and created a similarly designed website.

King’s actions “created great confusion with [Painter’s] customers and/or potential customers and… have caused [Painter’s] to lose business at its Painter’s Highway 17 location,” according to the lawsuit.

The Fairchilds are seeking an injunction that would require King to comply with all terms of the franchise agreement, immediately return access to social media accounts and the website, bar King from using said accounts, and also bar King to use photos of Painter’s products. promote another business.

“Each day that defendants are allowed to continue the aforementioned actions and breaches of the Franchise Agreement, plaintiff will continue to lose customers and be denied potential customers, which will significantly impair plaintiff’s ability to conduct business” , says the lawsuit.

The lawsuit states that none of the injunctions sought would prevent King from doing business, but would “preserve the status quo under the parties’ contracts while this matter is pending.”

As of Wednesday afternoon, no formal response from King had been filed in court. No attorney is listed for King in court documents.

The unexpected ingredient you need to add to brownies