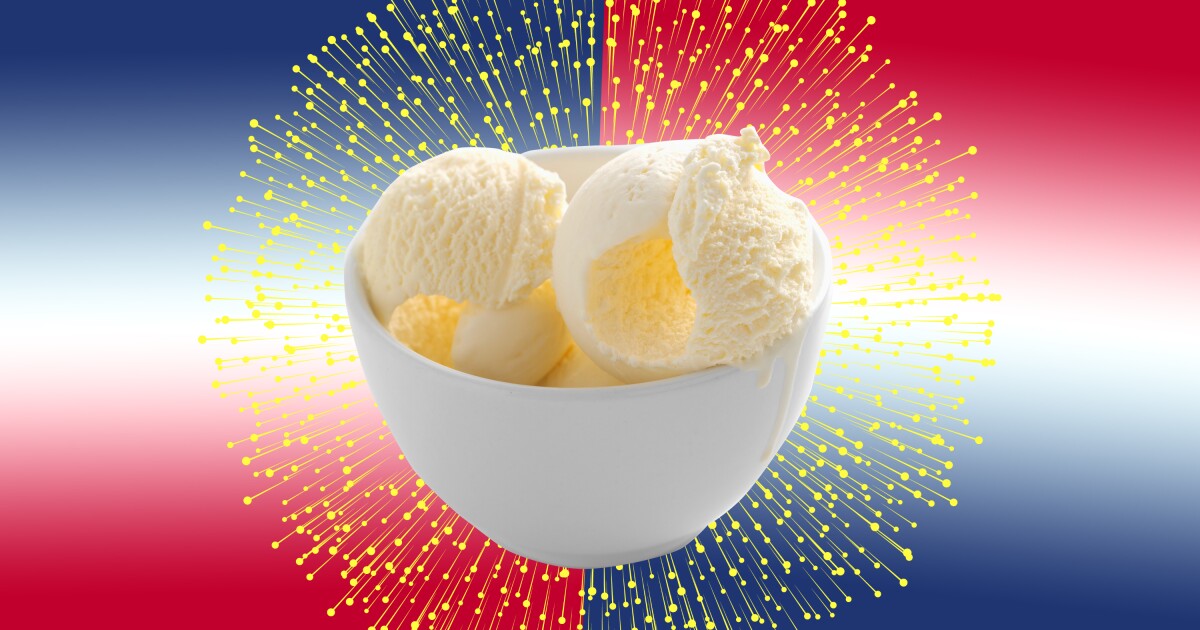 When I was a kid I loved July 4th when it came to celebrations with sparklers, Pop-Its and the best homemade ice cream. and not the month-long fireworks bombardments that make today’s neighborhoods sound like a war zone.

I live in Ventura now, and so far no one near me has felt the need to set off fireworks that make windows shake and stoke anxiety every night in June. This was not the case in my old neighborhood of Riverside, a mid-century suburban neighborhood with wide tree-lined streets, charming families and closet disbelievers who unleashed their arsenal in an infuriating two or three. booms by night, regardless of the height of the fire danger or late hour.

So over the past few years, Independence Day for me has become less of a celebration of family and nation than an occasion to endure the selfishness of fools who believe they have a right to disrupt our peace and endanger our world whenever they want.

Grumpy? Yeah. And I know it’s happening all over Southern California from the comments I’ve heard from friends and family.

It’s not how I remember things when I was young in Riverside.

Were talking old days here, before internet and mandatory seat belts. Back then, the best our parents allowed when it came to noisemakers was the haunting sizzle of sparklers or a box of bang snaps that you tossed as hard as you could on the floor to give satisfying pleasure. rift! They were boring which made them wonderful, but they also lasted a few minutes before we all used them, leaving little black spots on the sidewalk.

Most of the time, the Fourth was about anticipation. While waiting to see my cousins, who lived in Oakland and only came once a year. Waiting until nightfall to see the city fireworks display which we had to watch in our pajamas, as we still fell asleep on the short drive home.

And wait, wait for my mom’s ethereal homemade ice cream to make its miraculous transformation from a frothy flavored cream to an ice cream treat so soft and fragile it started to melt the moment it was exposed to the air.

Of course, the air in Riverside on July 4th was still hot, hot, hot. But that was the way things were meant to be in July, and we dressed accordingly – light cotton cropped sets and flip flops to keep us cool.

My parents worked as a team on the Fourth. My mom would take out her largest bowl and start mixing the ingredients for her ice cream in the morning – whisking the eggs and sugar with her buzzing hand mixer, then slowly adding the milk and cream until it was just right. threatens to overflow. And my dad – the man on the outside – made the barbecue, washed the salt and dust crusts from the wooden ice cream maker, then went to get ice and rock salt from the cooler on the other side. from the city.

At that time you could buy ice cream in thick brown paper bags bigger than my little sister. We would get into the back of our red Chevy station wagon, where we could spread out and have a few sibling arguments, with the windows down and the hot air spinning our hair like tumbleweeds.

Once we got there, we waited outside, leaning against the car and feeling the heat of the asphalt rising through our fragile flip-flops, until the hefty men in the cooler loaded two large bags of ice in the back.

Then we would climb inside and lean against the ice packs on the way back, sucking off chunks of rock salt and looking out the back, hoping to see an exotic VW Bug.

At home, my dad would assemble the blender – a wooden bucket and crank – and my mom carefully poured the creamy mixture into the silver jug â€‹â€‹that was inside. She inserted the paddle, squeezed the lid, and then the work began, my dad cranking the crank continuously as the kids stuffed chunks of ice and layers of salt into the sides.

It seemed to take forever with the boot and the ice melting and needing to be replaced. The salt made the ice cream colder, something I never really understood then or now, but we knew the ice cream wouldn’t freeze unless we created that salty slush on the sides.

Of course, we’ve always wanted to crank the crank, but it usually only took a few cranks to get the kids bored and wander away, to pluck the big hornworms from the tomato plants, or to chase the tiny skipper butterflies that were ubiquitous around. our garden. , holding them carefully in our cupped hands to marvel at their tiny perfection.

We never went too far because dad always needed more ice cream and salt, the shoot could NEVER STOP and neither of us wanted to miss the most important moment of all, when the cream magically turned to so firm that he could no longer turn the handle.

So all the stillness was shattered. My father was yelling at my mother, who was running up with a rubber tray and spatula, and all the children were crowding around. Speed â€‹â€‹was critical at this point. If you waited too long you couldn’t remove the paddle from the ice cream because it got too hard. But if you kept the can open for too long, the delicate ice cream inside would turn liquid again.

My mom was a pro. She carefully scraped the ice cream from the paddle into the canister – ignoring the moans of the children who desperately wanted to lick the paddle. Then she put a thick layer of plastic wrap on top and put the lid back on and my dad would bury the can in the ice-cold brine, cover the top with more ice and an old burlap bag for insulation, and finally would balance the rest of the ice pack on top, for more freshness.

We didn’t pay much attention to this part, as by that time my mom had the board set in front of us, with the remaining ice cream on the paddle already melting in puddles on the plate. We would each take a spoon and descend like vultures, sipping as much as we could half of half liquid ice cream and finally licking the paddle to clean it.

Later, after our dinners of burgers or grilled steaks, we were each given a bowl of ice cream, sometimes with strawberries or chopped peaches, but it wasn’t as transcendent as those first bites from the can. By then, the texture had changed. It was still delicious, but more icy and less special.

And while we always kept leftovers in the freezer for another day to eat, bringing the ice cream inside always ruined it in one way or another. It has become rock hard in the freezer and has lost its lightness. It was always good, once you scraped off enough to fit into a bowl, but rarely was it worth it.

Later my dad got himself an electric ice cream maker which saved his crank arm but added a buzz to our festivities and still required constant vigilance as the motor would burn out in an instant if you weren’t there to unplug it when the cream has frozen.

When we cleaned up my parents’ house, we found three old electric ice cream makers collecting dust in the garage, their motors long gone but still too good to throw away. I never found the crank model. Some lucky person probably bought it years ago at a garage sale, but truth be told, it looked pretty rusty when I was a kid, so maybe it finally fell apart.

These old hand crank ice cream makers are hard to find today. Whoever gets decent reviews on Amazon is the Elite Gourmet Old Fashioned Appalachian Ice Cream Maker, which has a crank and a motor.

In case you were digging in the garage and finding your old maker, here’s my mom’s foolproof recipe (and I say foolproof because I managed to get it out as well):

Beat eggs until light. Gradually add the sugar, until the mixture thickens. Add the rest of the ingredients, scraping the sides of the bowl so that everything is well mixed. This fills a 4 quart container. For fruit lovers, add about a cup of fresh (and unsweetened) strawberry or peach puree and mix well.

REMARK: This old recipe calls for uncooked eggs. If you’re worried about salmonella, use pasteurized eggs or cook the mixture over low heat until it reaches 160 degrees. Then cool it down before starting the freezing process.