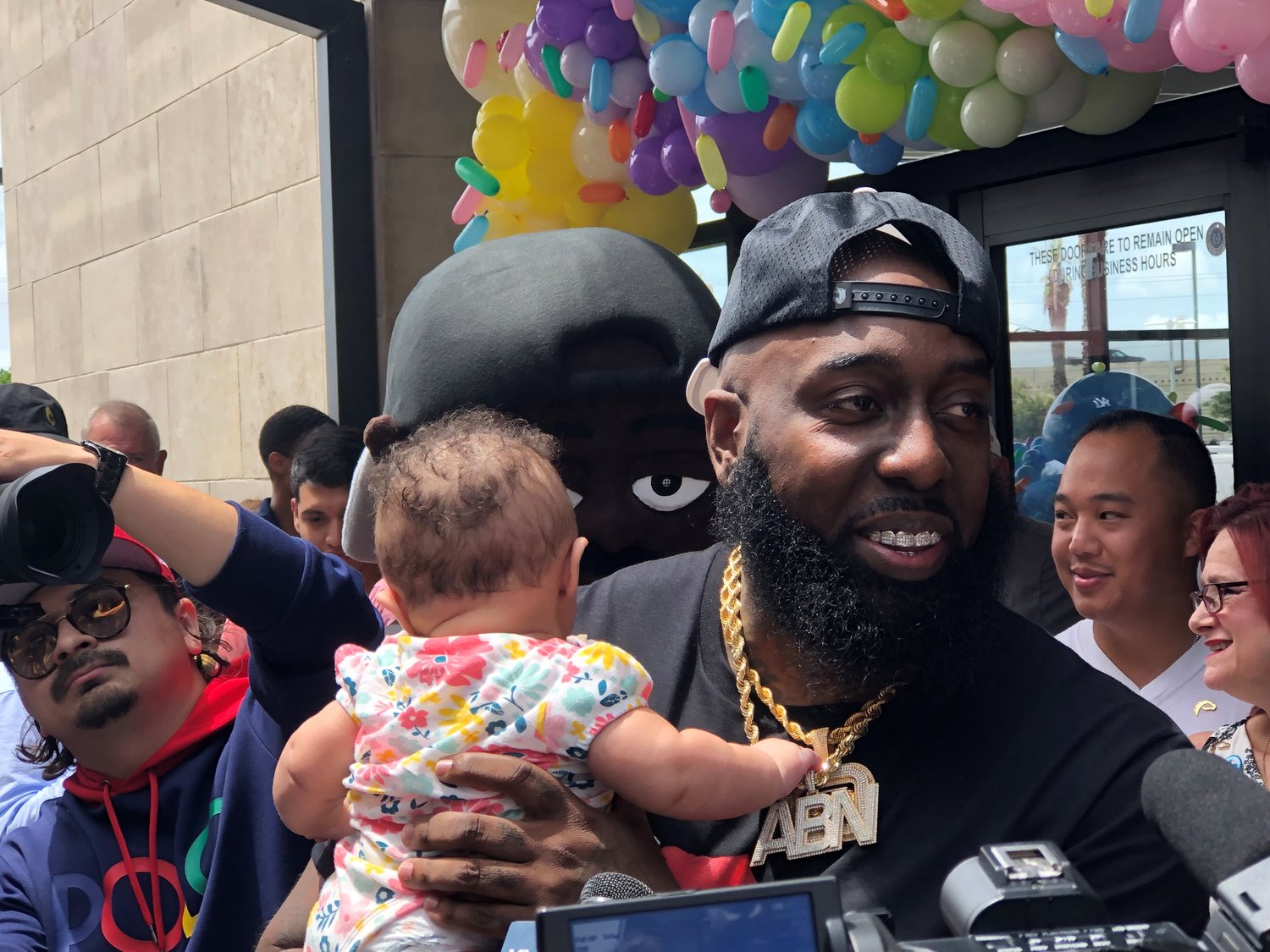 On a hot day, with hundreds of people standing outside in sunny Texas, it couldn’t have been a better day to open an ice cream shop in the Katy area. And of course, such a store did.

Howdy Homemade Ice Cream at 20920 I-10 in Katy isn’t just known for the 18 flavors of ice cream it sells to the public. He is also known for hiring workers with special needs.

One of those employees is Trey Brandt, 25, born with Down syndrome. The condition, according to the WebMD website, is genetic and causes physical and developmental problems. The problems can range from mild to severe.

Brandt said he’s been with Howdy Homemade for some time after learning about it from his brother’s best friend. And while the store is known to employ people with special needs, the friendliness and the many smiles were what stood out when Thursday opened.

â€œI love it,â€ Brandt said. â€œI have made friends with a lot of people.

The store opened with a cut of the cord, worthy of its membership in the Fulshear-Katy Region Chamber of Commerce. Houston Mayor Sylvester Turner did the honors.

Turner said he “had to attend” the opening when he thought about how a store like Howdy Homemade employs people with special needs. He said he hoped the Katy area location would be the first of many such locations in the Southeast Texas area.

The Katy area location is the third of three locations in the United States. The other two are in Dallas, which is the corporate headquarters, and Asheville, NC

The opening drew a large crowd not only because of the ice cream and who was serving it, but also because of one of the store’s supporters. Houston rap artist Trae the Truth has supported the company, among other charitable causes. Many fans at the opening had the chance to meet him and pose for photos with him.

The firm of local real estate agent Tracy King, The Howdy Group, served as the sponsor. She said she contacted store owner Rodrick Batson a few weeks ago and asked if there was anything her business could do to help.

The sponsorship took on a â€œHowdy help Howdyâ€ theme where The Howdy Group donated a dollar for every scoop of ice cream sold on Thursday.

â€œI worked in special needs in my previous career and absolutely loved it,â€ King said. â€œWe love the business; we like their point of view and everything. We’re super excited to be a part of it in any way we can.

King said she was hoping to try Dr Pepper Chocolate Chip ice cream. Grocery chain HEB is expected to bring the flavor to its shelves later this year, Batson said.

â€œI think it’s great. It’s a great turnout. I really like their mission. I have a few friends who are heroes here,â€ Hicks said, referring to store employees.

Hicks enjoyed a small cup of Cold Brew and Cookies ice cream. The store offers 18 flavors for the enjoyment of customers.

Brandt spoke on behalf of his colleagues as he watched the many people who came in for the ice cream.

â€œI think this opening is perfect,â€ Brandt said. “I love it. It’s hello home made. Welcome to Howdy, and come in.