Mary Berry’s new TV show takes her out of the kitchen and into more unusual places, including the cricket ground.

“I had a wonderful time. I been to Edgbaston [the Birmingham cricket ground] talking to Jonny Bairstow – that was great because right after that he scored two centuries. I think I gave him a chance,” the 87-year-old says cheekily.

“He was such a lovely man.” Berry feels right at home at a cricket club, having seen her husband and children play over the years and brewing many teas along the way. Family is the common thread in his new six-episode cooking show, Cook And Share.

Each episode takes the former Great British Bake Off judge to a new place across the UK with which she has a personal connection. In one, she travels to Bristol – a place she often visited on weekends when she was growing up in nearby Bath, and where she had her first job after university.

“I have a granddaughter who is at university there, and it was nice to come back to Bristol,” Berry says.

It’s also where her youngest son William went to college – he was killed in a car accident aged 19, and during her trip she visits his memorial plaque there.

Berry finds the city much changed since his youth.

“New things are happening in Bristol,” she says.

“There’s an area I visited near the dock, and they have these shipping containers all along the shore. They’re all individuals doing their particular thing – lots of food and props. The advice made them very reasonable to rent. People are creating their own stores, and people are going to buy their [items], or having different foods. It’s really great, and it’s a different area for tourists. And then there’s the trip to Edinburgh, Scotland, his mother’s homeland.

“I started the marathon there,” Berry says, quickly adding that she didn’t do all 26.2 miles. Instead, she was on hand to serve the runners after they completed the course, saying, “God, they were hungry after running the marathon, and I helped feed them.” In another episode, Berry helps plan a wedding with 400 guests.

“I didn’t know anything about an Indian wedding. It was absolutely amazing – the groom arriving fully dressed, on a white horse. It was amazing, and the bride in red,” Berry says. “She was in this beautiful dress with her shoes – Jimmy Choo with such a high heel that I caught her walking barefoot afterwards.

“The menu was Indian, and it was absolutely delicious – it was so different from a wedding we have, and it goes on for days.” It was certainly a new experience for the seasoned cook, and one that made her think back to her own wedding more than 50 years ago.

She married Paul Hunnings at her home in Bath, and had three children (Thomas, Annabel and William) and five grandchildren together.

Compared to the extravaganza she helped plan, Berry says, “Our wedding was very, very low-key. We got married at two o’clock, came back to my parents’ house and had tea – it was good sandwiches, raspberries and cream. Five o’clock rolls around, and you’re off on your honeymoon—none of those nights. It didn’t last for days. And yet Berry still sees the similarities between the two marriages: a love of good food. “Food brings everyone together,” she says simply. “So the better the food, the more they enjoy it.” As we speak, Berry is looking forward to her next show business venture: going to the Wilderness Festival. But make no mistake, this isn’t Berry’s first music festival.

“I went to Camp Bestival, where I played drums,” she says, referring to when she took the stage with Rick Astley in 2018. “I love the atmosphere because everyone wants to s ‘fun’. She particularly enjoys the vibe of Wilderness, because it’s “food and music.”

She says, “There are all different food stalls that people can taste. It’s all about food, and I can’t wait to meet everyone who makes it. This year, she hopes to eat Mexican, adding that “it’s quite popular” among street food stalls.

Berry wants to broaden her horizons and, in Wilderness, she will learn from a Swedish chef who impresses her: Niklas Ekstedt.

“He cooks with fire, and that’s really interesting,” Berry says. “Actually, he cooks on hot coals and he has a restaurant in Sweden – it’s always full of people who like different ways of cooking.” The common thread of the series is the sharing of food – and how it can bring us together. The show accompanies her new cookbook of the same name, and Berry is well aware of how our approach to food has changed over the years.

“Having food at home has changed, it’s less formal. And also if you go out very often there are trays to share it’s much more relaxed don’t you think? she says.

Sharing a roast is often the best way to spend a Sunday and one chicken is never enough with hungry teenagers, so try this simple recipe to share with the gang. Chicken is great value, but always buy free-range. 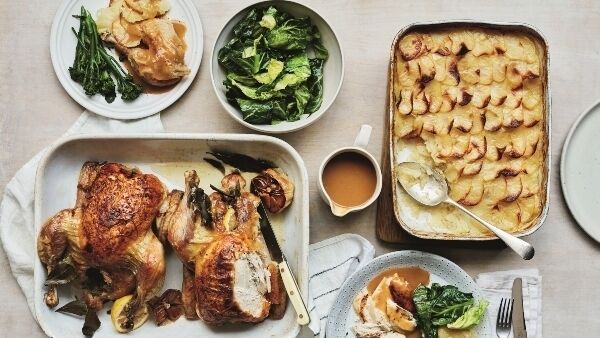 This is our favorite brownie; it has a wrinkled top and a slimy middle. Perfect to eat as is or you can add a garnish of your choice. 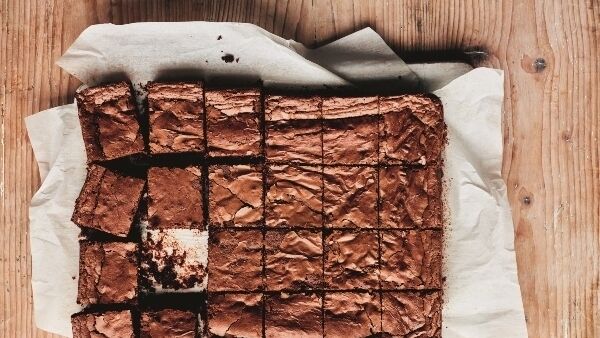 Where to eat in Visalia: JoJo’s Grill-A-Dog, Crumbl Cookies