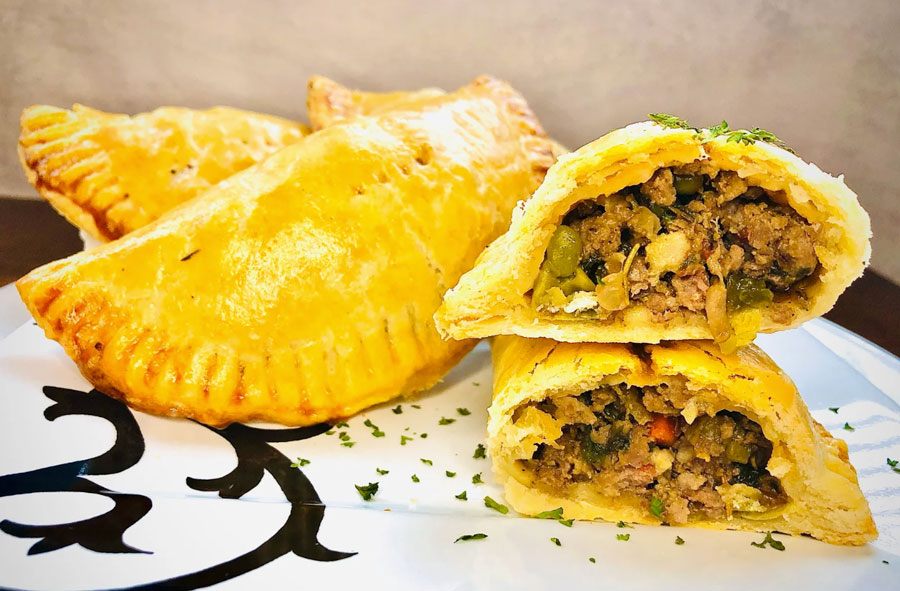 POCATELLO — While a student at Idaho State University, Tiphanie Anirah was invited to an African party on campus.

That night, Anirah tried African food and was immediately hooked. She was particularly attached to a pastry stuffed with meats and vegetables from southern Nigeria.

She graduated from ISU in 2016, but that didn’t stop her from continuing to pursue those flavors. In fact, she found herself craving these meat pies so often that she learned to cook them herself.

Four years later, she began selling the African meat pies she had just discovered, as well as the cookies and pastries she had loved to bake since she was a three-year-old apprentice and followed her mother around the world. the kitchen.

After launching CreeAnn’s LLC out of her kitchen amid the COVID pandemic, Anirah has since moved her operation into ISU’s commercial kitchen. She cooks her food on campus, then sells it at farmers markets, food truck roundups, and any other events she can find in and around Pocatello. But the company’s dream has grown from its humble beginnings.

“I really want to grow up,” Anirah said. “It’s definitely not something I want to do as a hobby or on the side. I’m serious about it.

Anirah’s signature item is meat pies. They are stuffed with beef, chicken or pork and a mixture of vegetables, including tomatoes, peppers and spinach. What makes her meat pies African, Anirah explained, is the traditional Nigerian spice blend she uses.

“Of course, you have meat pies from every country, everywhere; what sets everyone (others) apart is the spices – the traditional ways of doing it, the traditional foods to put in it,” Anirah said.

Nigerian cuisine is naturally spicy, she said, joking that her husband’s cooking – his family is originally from Nigeria – forced her to increase her spice tolerance. To appease the masses, Anirah tones down the spiciness of her meat pies.

EastIdahoNews.com tried the pork pies, which come in two-pie packs about the size of a taco. The pork was tender, juicy, and perfectly seasoned, and the crust was crispy.

As is customary to visit any place that sells cookies, I tried the chocolate chips. A dense treat, it was perfect for dipping milk but worked great as a walking cookie.

Density was also something found in sweet bread. As Anirah explained, African sugar bread is similar to traditional white bread but heavier and with an added sweetness and a touch of nutmeg – one of those popular spices in Nigerian dishes, she explained. . Honey Butter was a perfect pair for sugar bread but would also go great on cornbread.

Before starting CreeAnna’s, Anirah was planning another business – a YouTube channel offering tips for African-American hair care. She liked the idea, but it’s her passion.

“I did a few videos, but I was like, ‘I don’t know if this is for me,'” she said. “I definitely chose what I really love to do, which is cooking.”

These cookies and the rest of Anirah’s menu can be found weekly at the Food Truck Roundup, Monday nights in Pocatello, and Saturdays at the Portneuf Valley Farmers’ Market in Pocatello. You can also follow CreeAnna on Facebook – here – for other locations and news.

Orders can also be placed on the CreeAnna website – here.

“There I have all my products – from meat pies to biscuits and sweet breads,” Anirah said.

She also bakes Chin Chin, an incredibly popular sweet and crispy pastry in Nigeria. This is also available to order on the site.

If you would like to make a recommendation for the next destination to include in East Idaho Eats, email [email protected] and include “EATS” in the subject line.