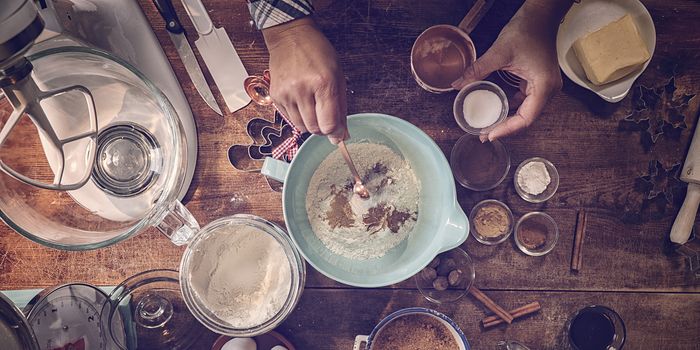 New Jersey politicians love to talk about finding a recipe for job creation and economic growth. If they’re serious, a place to start is to lift the veil on a bill that has been simmering in the legislature for years: repealing the ban on the sale of homemade goodies.

Currently, state law prohibits the sale of homemade baked goods, subject to a fine of up to $ 1,000. Bakers can only legally work in industrial kitchens, which cost over $ 15,000. This is a prize that few culinary hopes, from elementary school students to grandmothers, can afford.

One of the authors here, Heather Russinko, learned it with her own eyes. I am a single mom who works full time but never miss an opportunity to cook for my son’s birthdays or school events. Eleven years ago, I had the idea to create a parallel business selling cakes. The plan was to bring in extra money to pay the bills and create a small college fund for my son. But then I learned about the ban on cooking at home. I can’t afford to renovate a legally mandated kitchen or rent an industrial kitchen for $ 20 an hour. I’m just struggling to pay the monthly living expenses.

My story is not unique. We’ve both spoken to hundreds of New Jerseyans who want to supplement their income by selling a batch of famous Grandma’s cookies. People like Michelle Jones-Brown, a nurse and mother of four whose husband was fired in 2014; Deborah Karsten Litter, who teaches cake decorating, but cannot sell her cakes; and Kathie Gee, who receives social security but needs additional income to pay for her medical care.

The odd thing is that almost all New Jersey lawmakers agree the ban should be repealed. The State General Assembly has twice passed – in 2013 and 2014 – unanimously â€œcottage food lawsâ€ to lift the cooking ban. The Senate, however, is another story. There, the main opponent is Senator Joseph Vitale, chairman of the Committee on Health and Social Services, who let the repeal die. He told The Associated Press earlier this year that he appreciates home bakers wanting “to make the extra money and do the right thing, it’s just that there are safety concerns. public and public health “.

But this argument does not go very far. Homemade products can already be sold to the public at charity events or given away for free. How would allowing them to be sold for profit endanger public health? â€œIt’s the same kitchen. It’s the same ingredients. It’s the same handling of food, â€home baker Robin Hart told a radio news service in September. â€œIt’s a craft, like oil painting or knitting or whatever people do with their talents. We are simply not allowed to sell.

Opponents also ignore the fact that home bakers working in small batches may be more responsive to customers’ health needs – food allergies, for example. People whose bodies cannot tolerate gluten, nuts, or dairy products are not always well served by the commercial market.

We hope that this year, Senator Vitale will be open to compromise. General Assembly lawmakers addressed a number of his concerns in the bill they introduced last April. Home-baking entrepreneurs would be required to complete food safety training and would not be allowed to sell products requiring refrigeration. Their annual income would be capped at $ 50,000 to prevent home bakers from turning their kitchens into factories.

Other states have long recognized that home cooking bans have passed their expiration dates. Last year, the Minnesota legislature removed an arbitrary restriction limiting sales to $ 5,000 per year and restricting places of sale. California and Texas both lifted their home cooking bans several years ago, and by 2014, more than 1,000 home food businesses had been established in every state, according to the Institute for Justice.

New Jersey are expected to release their home bakers to pursue similar success. The cooking ban is just one of the many foolish regulations that spoil opportunities for Garden State entrepreneurs. If lawmakers are serious about creating jobs and economic growth in New Jersey, this is a small but good place to start.

Bake someone happy: how to use homemade cookies as a force for good