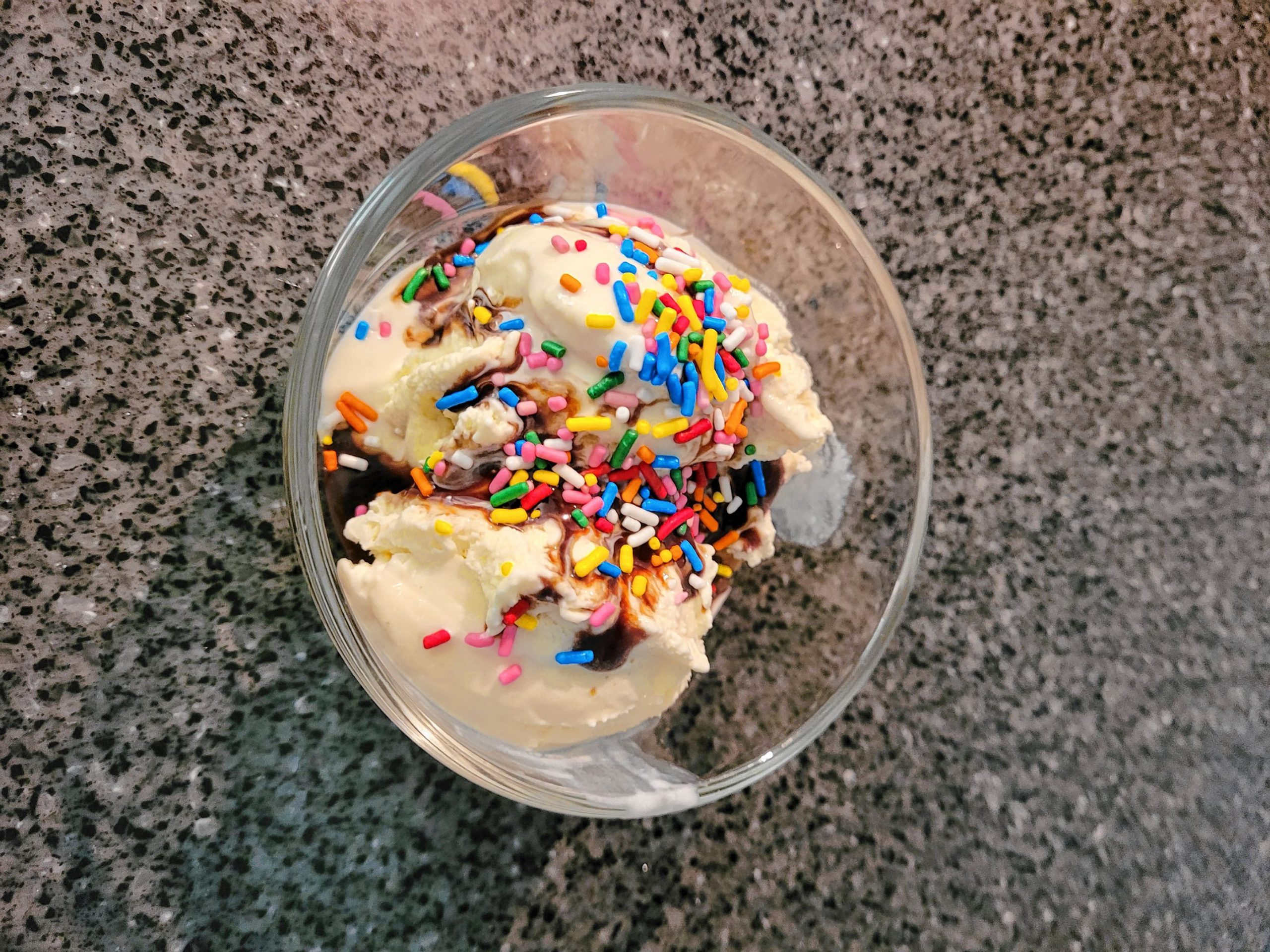 Clear your schedule for a homemade ice cream 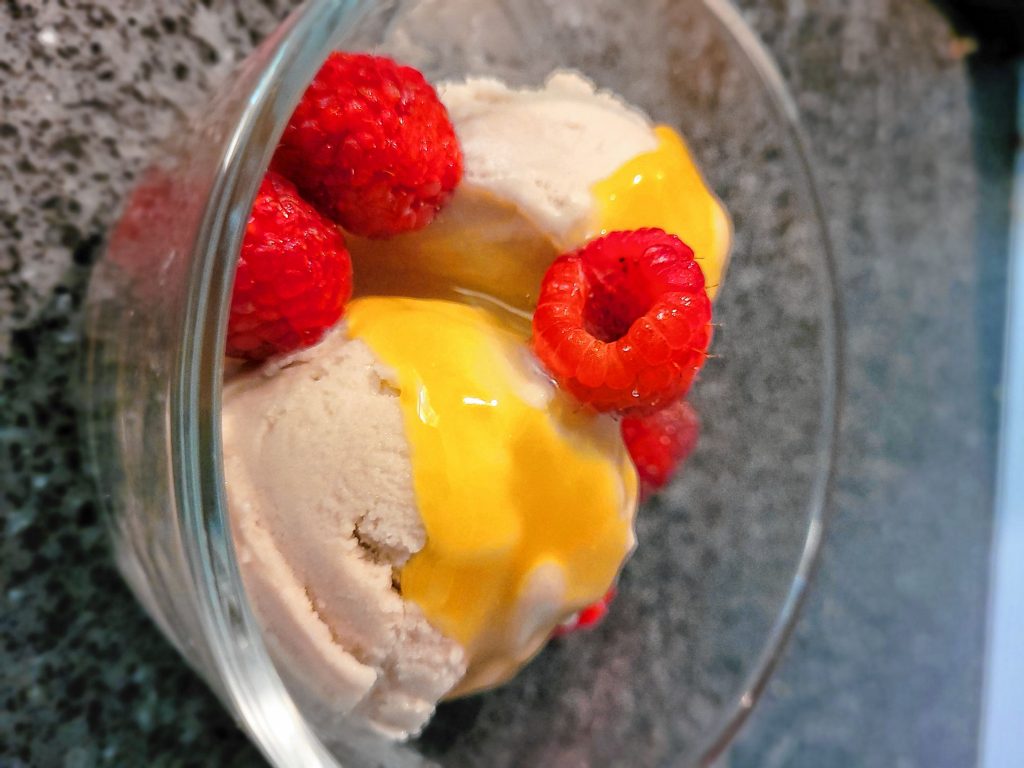 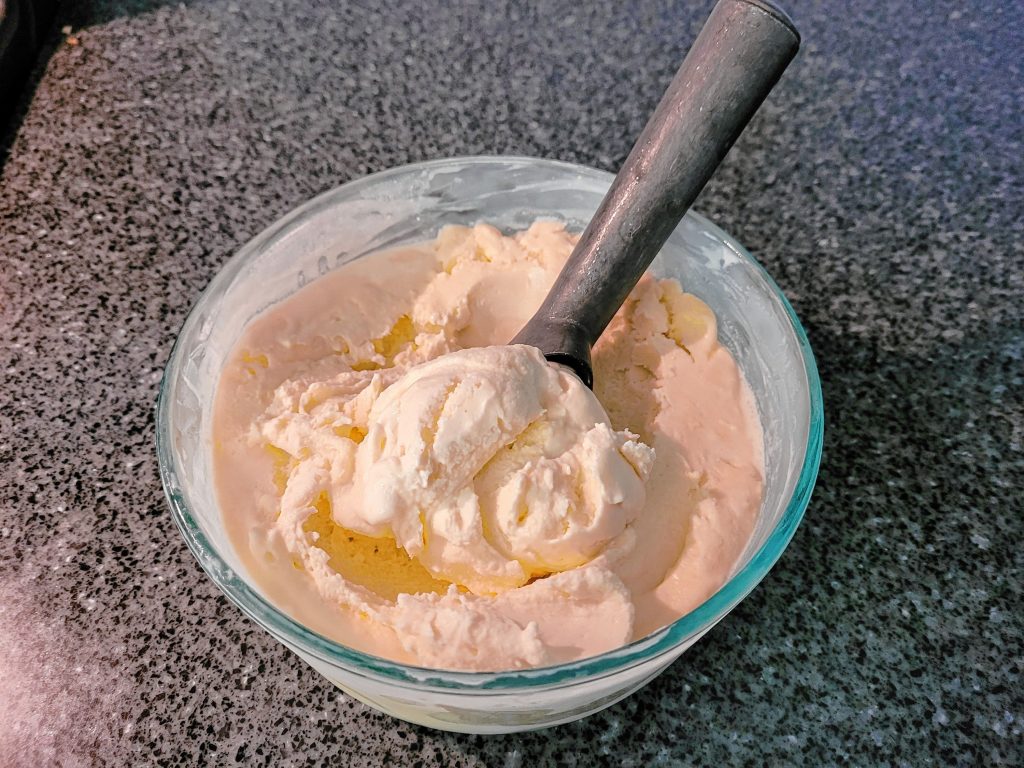 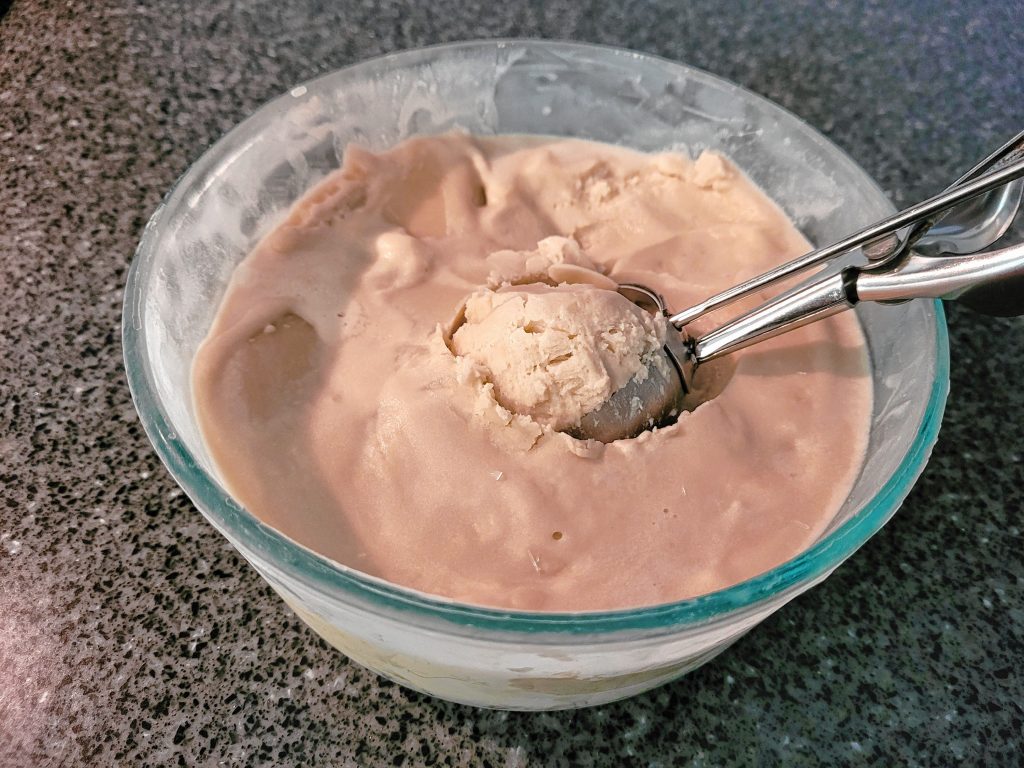 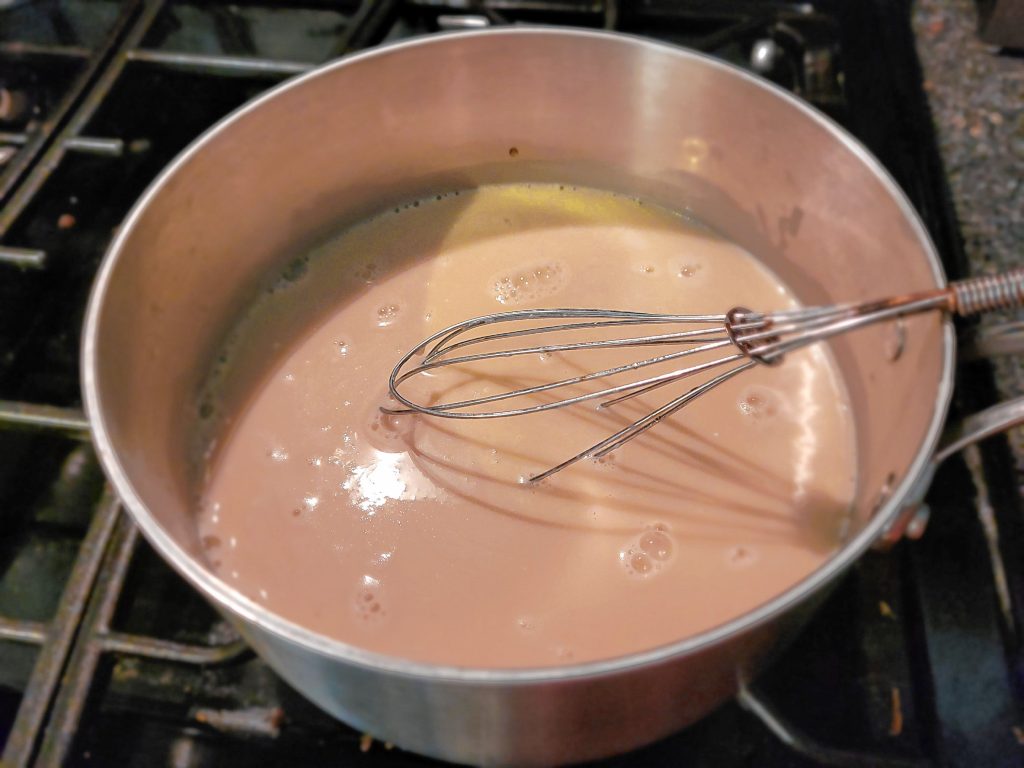 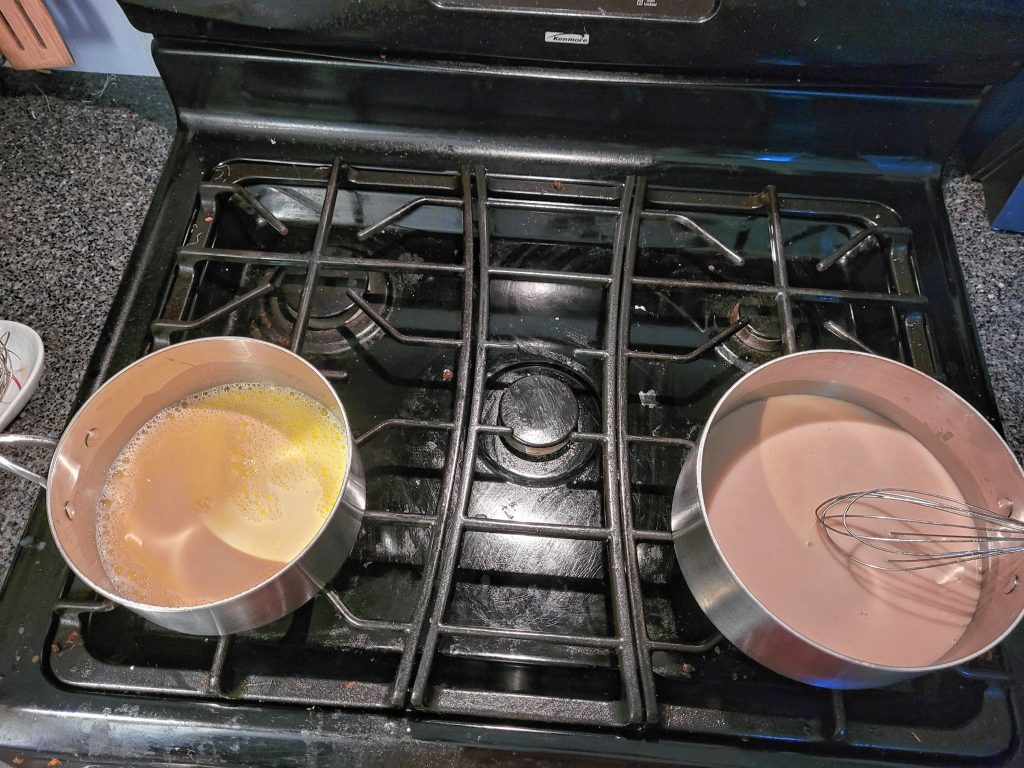 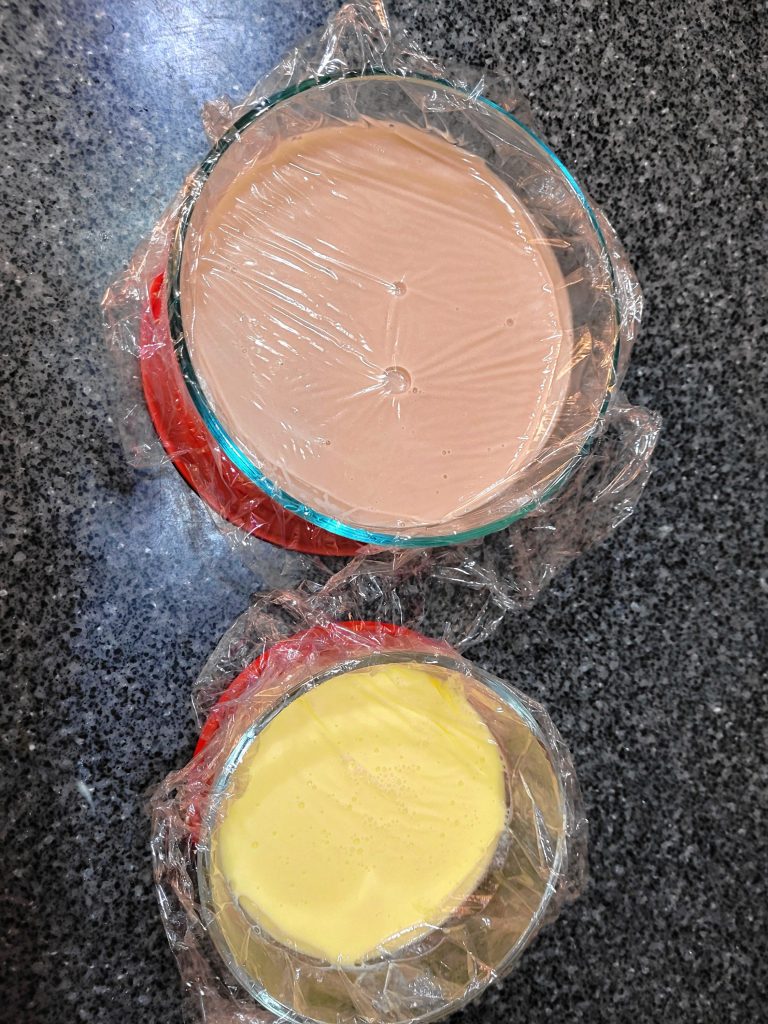 Ice cream bases should cool for at least 3 hours, up to 24 hours. Sarah pearson 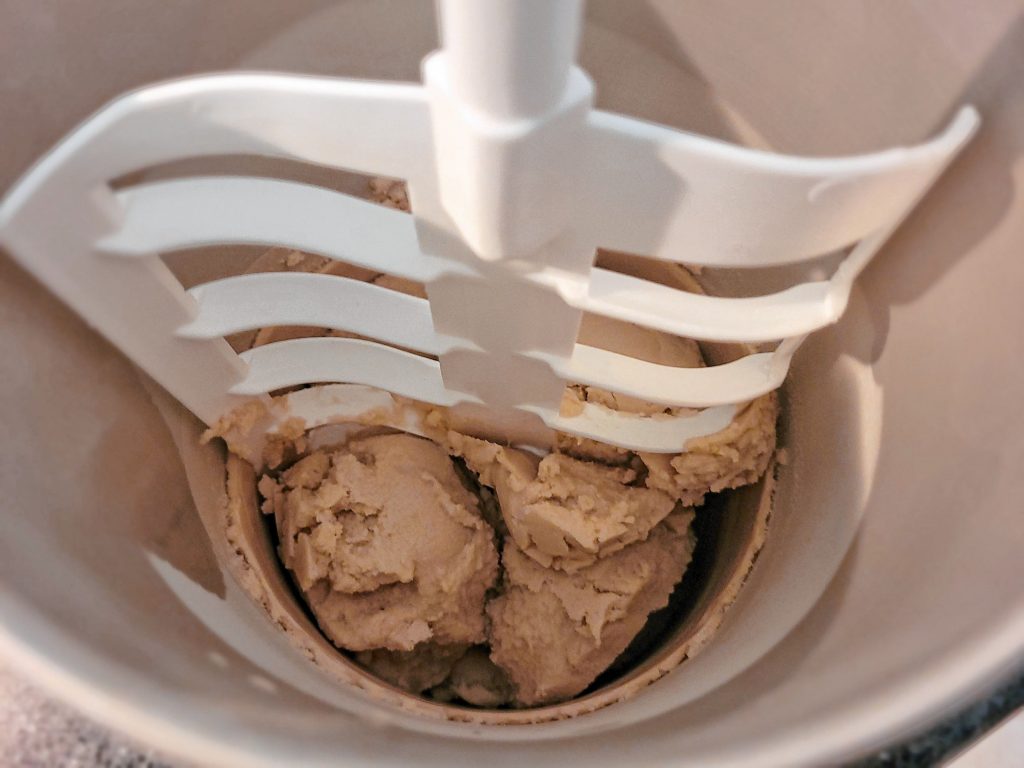 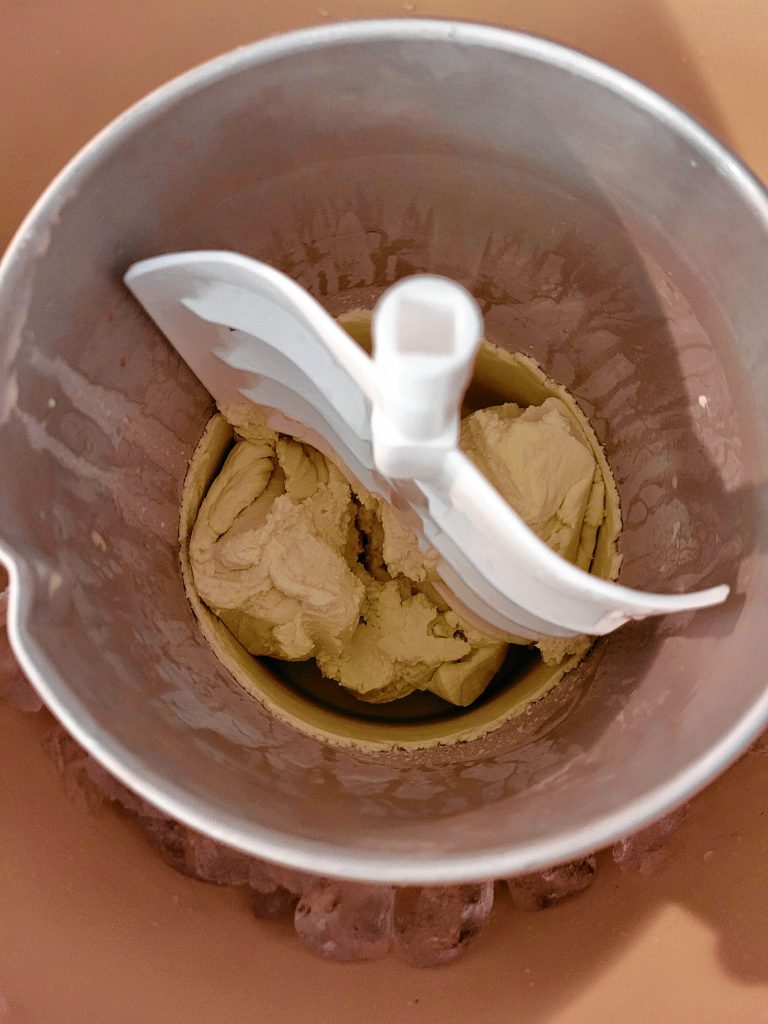 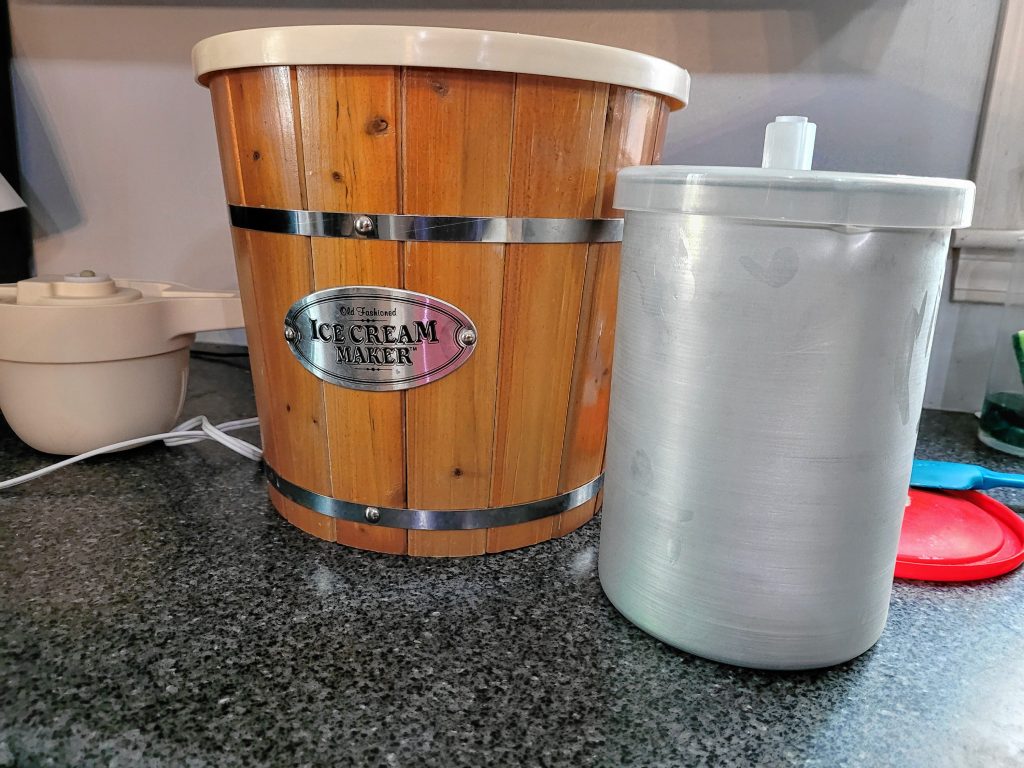 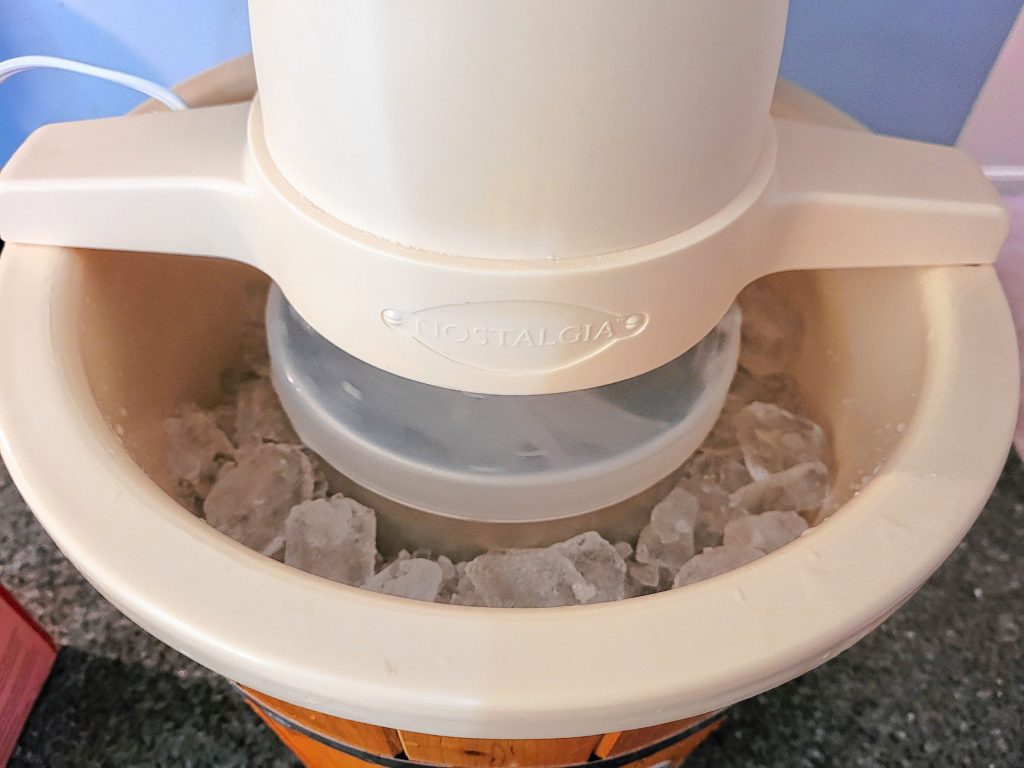 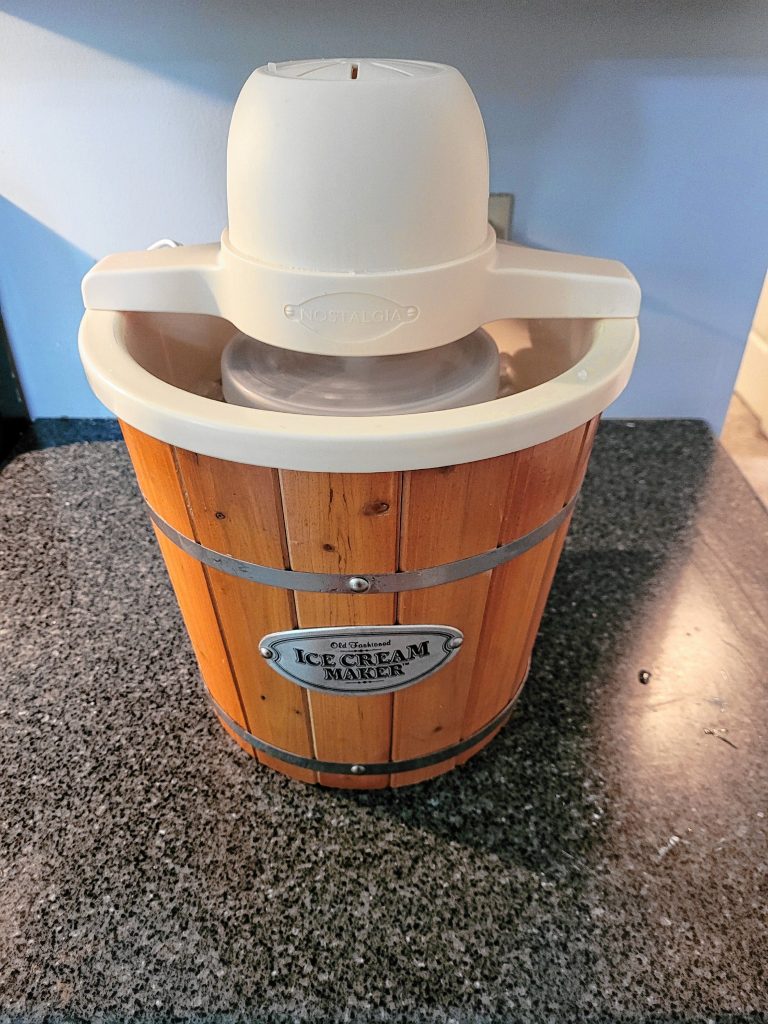 If you’re in the mood for ice cream now, stop reading this and check out the capital’s ice cream stands (page 8). If you want ice cream and are willing to invest a little time in making it yourself, keep going.

Time factor aside, making ice cream isn’t too difficult. Over the weekend I tried two recipes: a traditional vanilla ice cream from the Betty Crocker cookbook and a vegan vanilla ice cream recipe from Emma Christensen on thekitchn.com. Although the ingredients differ, the creation process is relatively the same.

For both, you’ll heat your base to dissolve a sweetener in your liquid and thicken it. Then it needs to cool (I left it in the fridge overnight).

Churning and cooling time will depend on the type of ice cream maker you are using.

I had a Nostalgia brand bucket style electric churn. The maker says to make sure the inner metal bucket is cold before churning it, so I put it in the freezer overnight to get it ready.

For churning, this bucket is covered with a lid and placed inside the larger churn, which is then filled with layers of ice cubes and rock salt (other salts also work).

The electric motor spins the bucket and paddle for about 30 minutes to cream the ice cream liquid.

At this point I have found the texture to be similar to soft serve ice cream, but after a few hours of freezing it is very similar to commercial ice cream.

Here is an overview of the recipes I used:

In a saucepan over medium heat, combine the yolks, sugar, milk and salt until combined. Heat, stirring regularly to prevent the eggs from scrambling, until the mixture comes to a boil, then remove from the heat.

Pour the milk mixture into a cold bowl and refrigerate for at least 2 to 3 hours, or up to 24 hours.

Once cooled, add the vanilla and whipping cream to the milk mixture and mix in your ice cream maker following the instructions that came with your appliance.

2 tablespoons of cornstarch or 1 tablespoon of arrowroot starch

Combine remaining coconut milk, sweetener and salt in a saucepan and heat over medium heat until sweetener has dissolved, about 1 to 2 minutes. (I used maple syrup.)

In the separated Â½ cup of coconut milk, stir in the cornstarch. Then add to the heated mixture.

Continue to heat and stir the mixture until it thickens slightly, but don’t let the base boil.

When you remove from the heat, add the vanilla and pour into a shallow container to cool, first on the counter, then in the refrigerator, about four hours or up to three days.

After cooling, spin your ice cream maker according to the instructions for about 20 minutes.

Place in a freezer-safe container and freeze for about four hours before serving.

Note: Since this recipe uses only coconut milk (others use a mixture of coconut and almond or cashew milk), the coconut taste is quite strong. I used maple syrup as a sweetener in my mixture and this taste is also quite strong. Maple syrup also gives ice cream a light brown color rather than a traditional off-white vanilla color. Other sweeteners probably won’t have this problem.

Both ice creams tasted great and firmed up quite solid after a few hours in the freezer.

While it took about 24 hours from start to finish, much of the work is left in the freezer. There is about 20 minutes of working time for cooking the base and half an hour for churning, the rest largely waits. So if you have the patience to wait, you might want to try making your own ice cream.