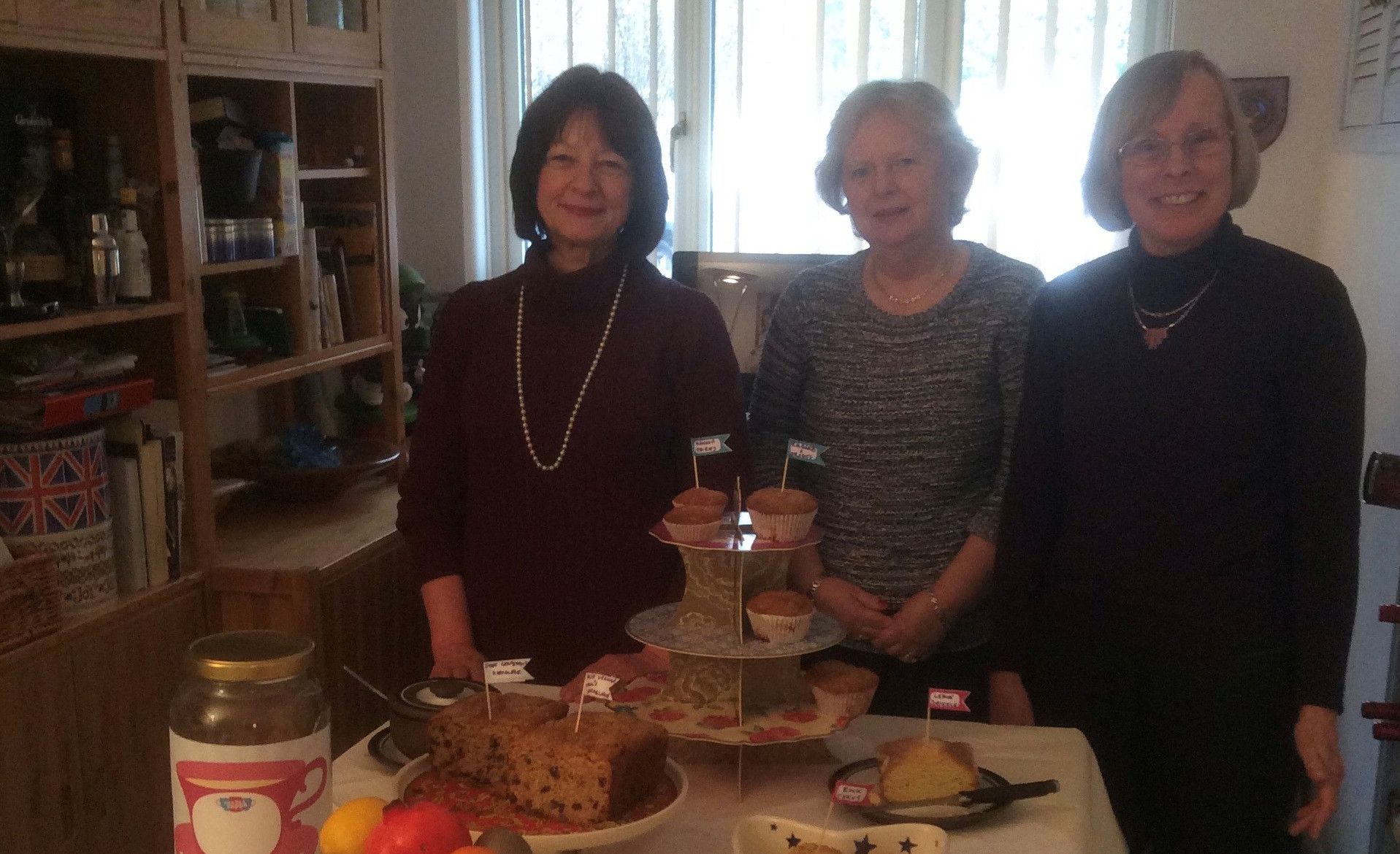 A Time for a Cuppa event in 2018 (Janet Venables left)

A woman from Camberley in Surrey is setting up a tea and cake stall on Saturday May 7 to help raise money for a dementia charity.

Janet Venables, 64, will set up her stand at Frimley Lodge Parkrun for Dementia UK’s Time for a Cuppa event to support people with dementia.

This will be the tenth event Janet has hosted and she was inspired to get involved after her late mother was diagnosed with dementia in 2007.

Janet said: “I am delighted to be hosting my tenth Time for a Cuppa (TFAC) event this year with Dementia UK, to help raise vital funds for specialist dementia support.

“The charity’s Nurse Friends provide life-changing support to families affected by all forms of dementia, they are a lifeline for many families dealing with dementia across the country.

“My mother loved to sit down for a cup of tea and a piece of cake with her friends, it was one of her great pleasures, she continued to enjoy it until her final years in the local retirement home . I see my TFAC event as a tribute to his memory.”

Janet added that she will be offering delicious homemade cakes and providing information on Dementia UK services at her stand.

Actress Emma Barton is at the forefront of the Dementia UK event, which is the charity’s biggest fundraising event of the year.

Time for a Cuppa will run from May 1 to May 8 and the charity encourages friends, family and colleagues to come together and enjoy a slice of cake and a cup of tea for specialist dementia support.

The charity’s dementia nurse admirals provide support to families affected by all forms of dementia. They work in hospitals, GP practices and local community services to provide clinical, emotional and practical support that enables people to live more positively with dementia.

Emma became a celebrity supporter of Dementia UK last year. Emma’s uncle has been diagnosed with vascular dementia. She has therefore seen firsthand how a diagnosis of dementia can impact the family.

Emma said: “Having lost my great-uncle and a much loved friend and co-worker to dementia, I have seen first hand how the disease not only affects the person but also their family and loved ones.

“I’m thrilled to support Time for a Cuppa this year and help raise vital funds to provide more nurse friends for families affected by dementia.”

Dementia UK says that by 2025 more than one million people will be living with the disease and almost all of them will know someone affected, whether it’s a family member or friend.

Currently, there is no cure for dementia, but there is specialist support and advice.

The charity’s annual fundraising event has raised over £1,188,000 in the past 12 years since its launch.

Just before the pandemic, Emma took part in the charity campaign Time for a Cuppa recreating famous moments from the movie ‘celebri-tea’ where she appeared as the iconic Holly Golightly from Breakfast at Tiffany’s, a role she always wanted player.

Dr Hilda Hayo, Chief Nursing Admiral and CEO of Dementia UK, said: “We are delighted to be working with Emma Barton for this year’s Time for a Cuppa campaign, where we will be calling on our supporters for a cup of tea and help raise vital funds for the charity.

“At Dementia UK, we are passionate that every family in need has the specialist support of our friendly nurses – they are a lifeline in a care system that is still not working for families with dementia. “

Those interested in finding out more about the event or hosting their own can sign up for a fundraising pack on the Dementia UK website: https://www.dementiauk.org/get-involved/events-and-fundraising/do-your-own-fundraising/time-for-a-cuppa/?timeforacuppa

Get all the latest news, updates, things to do and more from your local InYourArea Feed.