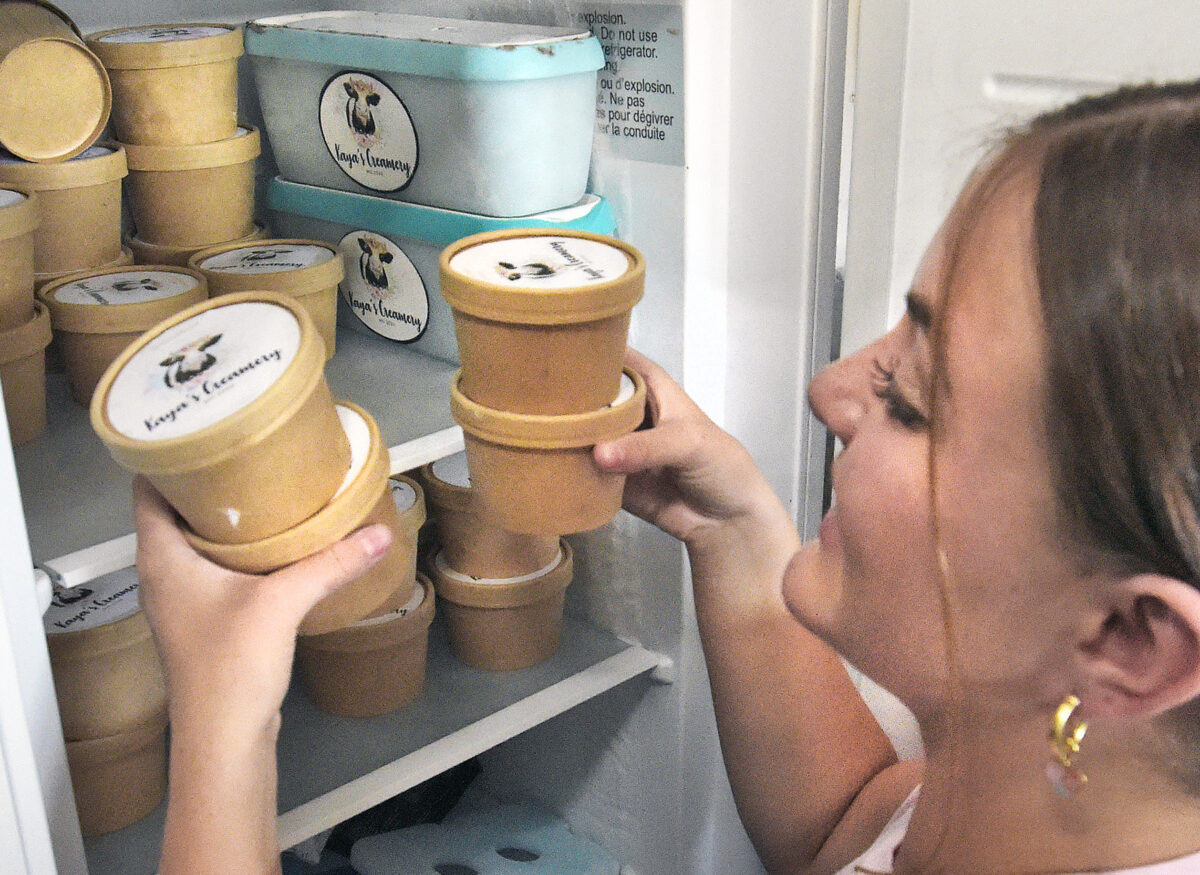 Stuck in a pandemic at just 11 years old, Kaya quickly fell into the abyss of boredom. She eventually came across an online course where you could pay $12 to learn how to make mochi.

After just one class, she thought, “I can do this,” and started offering her own online Zoom classes to teach others how to make mochi. His classes were priced at $10 to attend and would have four to 10 people in attendance.

This form of ice cream making was just the beginning.

Kaya and her family started gathering around their Cuisinart ice cream maker, adding various traditional ice cream toppings. They packaged their creations and gave them away to friends and family.

Kaya didn’t just cure her boredom. She had sparked a passion.

A few courteous deposits got more and more people asking for more ice cream. Seeing that there was a demand for her product, she decided to turn this boredom remedy into a small business.

“I think she thought I was kidding,” Kaya said after approaching her mother, Larie Novack, with the idea.

In the summer of 2021, Kaya officially launched Kaya’s Creamery.

“At first I was a little confused because maybe people just buy it because they want to be nice and support someone,” Kaya said. “But after more and more people started ordering it and getting second orders, I was a little nervous. But after a while it was really good to do something that people love .

Demand for Kaya’s Creamery slowly spiraled out of control as more people were exposed to its ice cream. Kaya’s ice cream was even shared on a larger Facebook page for local foodies.

People weren’t just ordering a pint or two of ice cream, they started ordering 20 to 40 for their events.

“She got such a big order one day, I had to cook it all in the freezer,” Larie said.

Kaya’s Creamery started out as the Novack family’s only freezer. Now it’s grown so big that the Novacks have had to buy two more freezers to keep up with the small business’s demand.

Constantly creating ice cream has also led Kaya to constantly create new flavors, fueling her sense of creativity that she says she has always had.

Her flavors come from customer requests, and she will then name the flavor after them. Others come from her own mind, always thinking about what she can do next.

“We’ll eat something, it’s not necessarily ice cream, and we’ll be like, ‘That would be good for ice cream,'” Kaya said.

On August 4, Kaya took on her biggest challenge yet: serving as a caterer at a food truck event.

Kaya said she was extremely nervous at the start of the event. She worried that no one would buy her ice cream, and being a 10-by-10-foot pop-up tent next to an ice cream food truck didn’t help calm her nerves.

She was successful and sold over 150 of her 200 ice creams that she brought for the event. She also received donations for her charity, A ball of love.

Kaya started her charity as a way to give back to her community in the best way she knew how, with ice cream.

“When I started the business last year, I always knew I wanted to get into charity somehow,” Kaya said.

After years and years of watching her family give back and making shelter dog blankets herself, that kindness has sunk into her heart.

“My family and my school have always made it very important to give back to charity,” Kaya said.

With the donations she receives and some extra profits from the small business, Kaya donates her ice cream to underprivileged families. She believes that “every child deserves love and ice cream”.

Kaya worked with Family promise and Bridge to the house, and hopes to expand her charitable work even further in the future.

Her passion for giving back and ice cream may be the two driving factors behind small business, but she hopes to use her small business as a way to fulfill two of her dreams: paying for her college education and traveling across the country.

Although Kaya isn’t quite sure where she wants to go to college or what she wants to study, she does know that one day she’ll want to take a cross-country road trip with some friends.